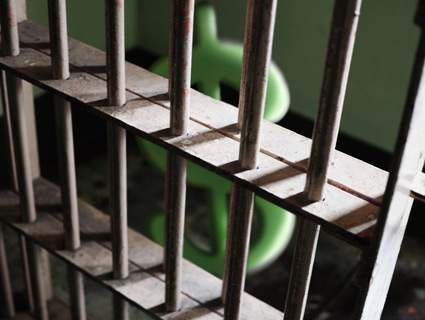 The private prison giant Corrections Corporation of America has made states an offer they can—and should—refuse. That’s the message that went out to state governors on Thursday in letters signed by 60 policy and religious groups. The letters urged the governors of all 50 states not to take up a blanket deal CCA has put forth to buy and privatize their state prisons in return for a promise to keep those prisons filled.

Two weeks ago, the Huffington Post revealed that CCA was reaching out to states, offering to buy their prisons as a way to deal with their “challenging corrections budgets.” The company is proposing that it receive, in exchange for the cash, a 20-year management contract that would require the states to keep their prisons at least 90 percent full for the duration.

This power play by the private prison firm may indicate some anxiety in what has historically been a growth industry. (See charts below.) Beginning in 2009, for the first time in nearly 40 years, the overall US prison population declined slightly. And in several states, plans to privatize prisons have been scaled back, stalled, or rejected.

The most notable of these defeats came last month in Florida, where the state Senate narrowly rejected a plan that would have turned over more than two dozen Florida prisons to private companies. Had the proposal moved forward, it would have transferred 14,500 prisoners into private hands and represented “the largest single contract procurement in the history of our industry,” George Zoley, CEO of the GEO Group, told investors. (GEO, headquartered in Florida, is the nation’s No. 2 prison corporation behind CCA.)

The Florida Senate has a strong Republican majority, but nine GOP senators broke ranks and voted with Democrats against privatization, reportedly citing public safety concerns. Within days of the vote, Florida Gov. Rick Scott indicated that he hadn’t given up on the plan, which is supposed to save the state $16.5 million a year. “I’m disappointed the Senate didn’t do that; I’m going to look at what I have the opportunity to do,” he told reporters. Scott also said he was exploring opportunities to pursue the massive prison privatization plan unilaterally, presumably by executive order. 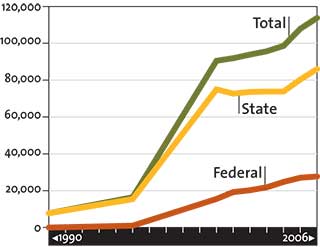 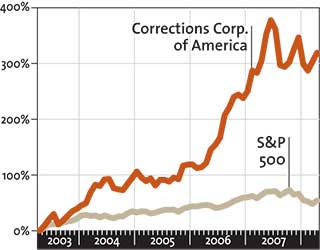 The governor made the unlikely promise that the money saved on prisons could be spent on education and health care, while lawmakers supporting the bill warned that those areas might be cut further if the privatization plan fizzles. But there are other options that neither Scott nor most Republican legislators are willing to put on the table.

Florida’s overall corrections budget topped $2.3 billion in 2010—but contrary to Scott’s claims, the state spends relatively little per prisoner. (On its website, the Florida DOC boasts that most of its prisons are not air-conditioned, and that its inmates work long hours in prison-based fields and factories.) Private prison companies, meanwhile, are notorious for saving money by depriving prisoners of decent food and health care, but in Florida they would be starting out from an already lean position. Some lawmakers have expressed doubt that the savings would ever materialize.

Corrections cost so much in Florida not because of profligate spending, but simply due to the sheer number of inmates. Thanks largely to laws dating back to the 1990s, which raised mandatory sentences and cut opportunities for parole, the Sunshine State hosts more than 100,000 inmates. New York, with a slightly larger total population, has 56,000.

The logical way to save money on corrections is to reduce the prison population. Even get-tough states like Texas, Oklahoma, and Mississippi are now reforming draconian sentencing laws and diverting low-level nonviolent offenders into alternative programs. Not so, Florida. In 2009, as the national prison population declined, Florida’s increased by 1.5 percent, according to a Pew report. The state’s only proposed solution has been this privatization bid.

The advocacy groups who sent Thursday’s letters hope that states will take a harder look at the alternatives. CCA’s offer, notes one letter spearheaded by the ACLU and signed by 26 other organizations, “is a backdoor invitation to take on additional debt while increasing CCA’s profits and impeding the serious criminal justice reforms needed to combat the nation’s mass incarceration crisis.” Another, signed by 32 religious entities, says there is a “moral imperative in reducing incarceration through evidence-based alternatives to imprisonment.”