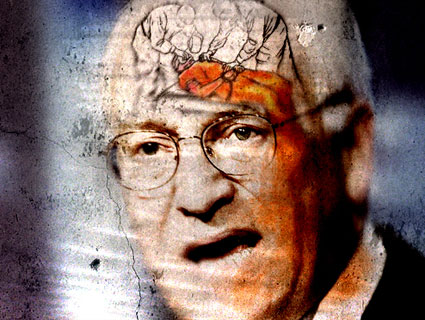 In 2006, Philip Zelikow, an adviser to then-Secretary of State Condoleeza Rice, wrote a secret memo warning his colleagues that many of the Bush administration’s enhanced interrogation techniques were likely illegal. Zelikow didn’t speak publicly about the memo—the smoking gun that the Bush administration was warned by its own staff about legal problems with its interrogation program—until 2009, when he revealed its existence in a blog post for Foreign Policy. But when Zelikow testified to Congress about his warning, his classified memo was withheld, and two unclassified documents were released in its stead. Zelikow told Mother Jones in 2009 that Vice President Dick Cheney’s office had attempted to destroy any evidence of the classified memo, but that some copies might survive in the State Department’s archives.

It appears that Zelikow was right about the archives: the secret memo, which he called a “direct assault on [the Bush Justice Department’s] interpretation of American law,” was finally released by the State Department on Tuesday, three years after the National Security Archive and WIRED reporter Spencer Ackerman (then at the Washington Independent) first requested it under the Freedom of Information Act. You can read it here:

In 2009, when Zelikow told Mother Jones that the “White House attempted to collect and destroy all copies of my memo” and that he suspected Cheney’s involvement, he noted that the vice-president’s office was not officially allowed to do such a thing. “They didn’t run the interagency process. Such a request would more likely have come from the White House Counsel’s office or from NSC staff… It was conveyed to me, and I ignored it,” Zelikow said.

Neil Kinkopf, who worked for the Justice Department under the Clinton administration (and is now an Obama administration official), told Mother Jones in 2009 why Cheney might have wanted to get rid of the document: “People in the White House—Dick Cheney for example; David Addington, his legal adviser—didn’t want the existence of dissent to be known. It’s not hard to imagine David Addington playing very hardball internal politics and not only wanting to prevail over the view of Zelikow but to annihilate it. It would be perfectly consistent with how he operated.”