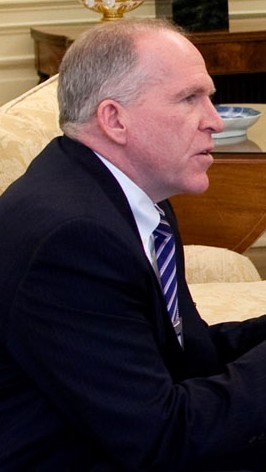 White House Counterterrorism adviser John Brennan officially acknowledged the administration’s targeted killing of Al Qaeda members abroad for the first time in a speech on Monday. But Brennan didn’t tell the whole story: He largely rehashed the legal rationale for targeted killings of specific Al Qaeda suspects, instead of defending the use of more controversial “signature strikes,” in which targets are selected based on a “pattern of behavior.”

Brennan defended targeted killings as an effective tool against Al Qaeda that helps minimize civilian casualties and likened the use of drones to laser surgery, saying: “It’s this surgical precision—the ability, with laser-like focus, to eliminate the cancerous tumor called an al Qaeda terrorist while limiting damage to the tissue around it—that makes this counterterrorism tool so essential.”

Although Brennan told the audience that there are “rigorous standards” for determining who can be targeted for death, he declined to explain how the supposedly careful, even surgical process for deciding who to kill could possibly apply to signature strikes, which target people who are “suspected of militant activities but who haven’t necessarily been identified by name.” The Wall Street Journal reported last week that the Obama administration is planning to expand the use of signature strikes in Yemen.

To borrow Brennan’s cancer metaphor, if targeted strikes on particular suspected Al Qaeda militants help excise cancerous tumors, signature strikes sound a little like flicking a scalpel around inside a patient’s abdomen. I’m no medical expert, but that sounds to me like it would inevitably kill the patient.