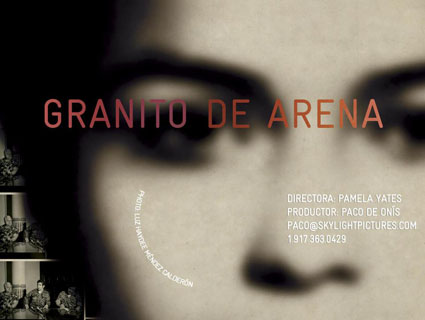 Granito: How to Nail a Dictator
SKYLIGHT PICTURES
103 minutes

Filmmaker Pamela Yates, who previously embedded with Guatemalan government forces and left-wing insurgents to document the dictatorship’s genocide against indigenous Mayans, now chronicles efforts to build a case against Efraín Ríos Montt, the former general and de facto president whose death squads allegedly tortured and murdered tens of thousands. While Yates shies away from the fraught history of the conflict, her interviews with survivors and regime troops strike an emotional chord. All told, Granito, which airs June 28 on PBS, offers a taste of the slog that inevitably results when people try to hold a tyrant accountable. Trailer below:

This review originally appeared in the July/August issue of Mother Jones.