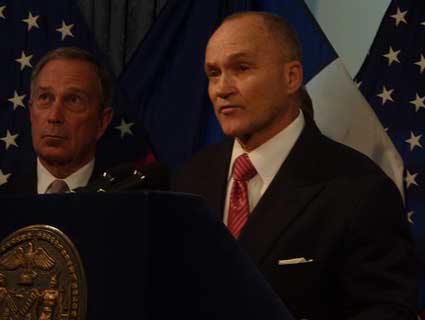 ProPublica‘s Justin Elliott published a piece Tuesday questioning the New York Police Department’s claim to have foiled 14 serious terrorist plots since the 9/11 attacks—a claim that numerous media outlets have repeated without verifying. “The list includes two and perhaps three clear-cut terrorist plots, including a failed attempt to bomb Times Square by a Pakistani-American in 2010 that the NYPD did not stop,” Elliott writes. He continues:

Of the 11 other cases, there are three in which government informants played a significant or dominant role (by, for example, providing money and fake bombs to future defendants); four cases whose credibility or seriousness has been questioned by law enforcement officials, including episodes in which skeptical federal officials declined to bring charges; and another four cases in which an idea for a plot was abandoned or not pursued beyond discussion.

The NYPD didn’t particularly like Elliott pointing out that they had inflated their record. So a NYPD spokesperson, Deputy Commissioner Paul Browne, decided to weigh in down in the comment section, to rather hilarious results:

So the lesson here is, Google before you gripe. Also a good idea: Making sure you have your facts right before writing a glowing profile of the NYPD commissioner based on the bogus statistic that “14 full-blown terrorist attacks have been prevented or failed on Kelly’s watch,” and claiming that record is “hard to argue with.”