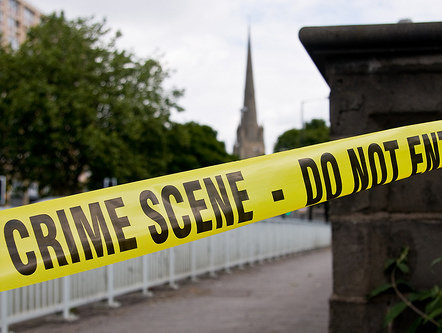 The police in Norfolk, England, announced on Wednesday that they have ended their investigation into the theft of a bunch of emails from climate scientists at the Climate Research Centre at the University of East Anglia in 2009—with no actual conclusion. That means we might never know who was behind what led to Climategate, an ongoing smear campaign against climate science and scientists.

The Norfolk Constabulary said in a statement that it is approaching the statutory deadline on criminal proceedings in the United Kingdom and has not determined who took more than a thousand emails from a server in November 2009 and posted them on the internet. All that they have been able to determine, the police said, is that it was a “sophisticated and carefully orchestrated attack on the CRU’s data files, carried out remotely via the internet.” They also said that the thief used “methods common in unlawful internet activity to obstruct enquiries.”

Read also: the truth about Climategate.

In the statement, Detective Chief Superintendant Julian Gregory, the senior investigating officer in the case, said:

Despite detailed and comprehensive enquiries, supported by experts in this field, the complex nature of this investigation means that we do not have a realistic prospect of identifying the offender or offenders and launching criminal proceedings within the time constraints imposed by law.

Gregory also said that they found “no evidence to suggest that anyone working at or associated with the University of East Anglia was involved in the crime.” While frustrating that this greatly diminishes the chance that the UK police will ever bust the perps, it does go a long way toward quashing the rumors that the emails were leaked by some angry UEA employee, which is what many in the climate-skeptic community have long alleged.

UEA issued its own response on Wednesday, expressing disappointment that the investigation didn’t go anywhere. “Clearly the perpetrators were highly sophisticated and covered their tracks extremely carefully,” said Edward Acton, vice chancellor of UEA. “The misinformation and conspiracy theories circulating following the publication of the stolen emails—including the theory that the hacker was a disgruntled UEA employee—did real harm to public perceptions about the dangers of climate change.”

The conclusion is a boon for would-be international computer criminals, since the police all but said in the statement that there’s not much they can do about this kind of crime. The investigation involved the Norfolk and Suffolk Major Investigation Team, the Met’s Counter Terrorism Command, National Domestic Extremism Team, and the Police Central e-crime Unit, and still couldn’t manage to turn up much. The Norfolk assistant chief noted that online crime is a “global issue,” and that while police are trying to develop adequate responses, “it falls upon individuals and organizations to be alert to this and take steps to mitigate risk as far as is practicable.”