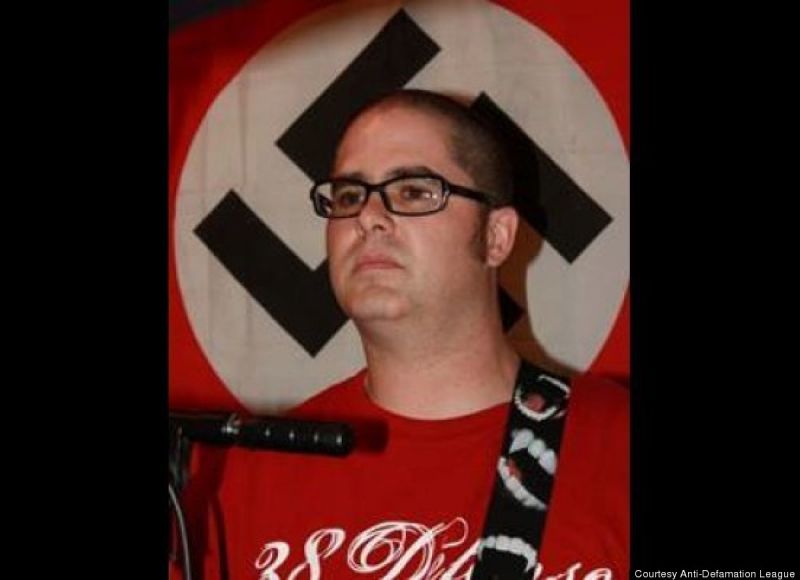 Law enforcement officials in Wisconsin say that Wade Michael Page’s tattoos tipped them off to the possibility that his shooting spree in a Sikh temple was domestic terrorism. But what exactly did those tattoos tell them? Using photos of Wade from his white-power band’s Myspace page, it’s possible to see what concerned police: Much of his body reads like a poster text for white nationalism.

In particular, a tattoo on Page’s left shoulder (pictured below) suggests he was a committed devotee of white-power ideology. The tattoo consists of a large “14” in Gothic lettering superimposed on a black cross in a circle. The cross, known elsewhere as “Odin’s Cross,” is “one of the most popular symbols for neo-Nazis and white supremacists,” according to the Anti-Defamation League. It’s also used as a logo by Stormfront.org, one of the world’s most-visited racist web forums. 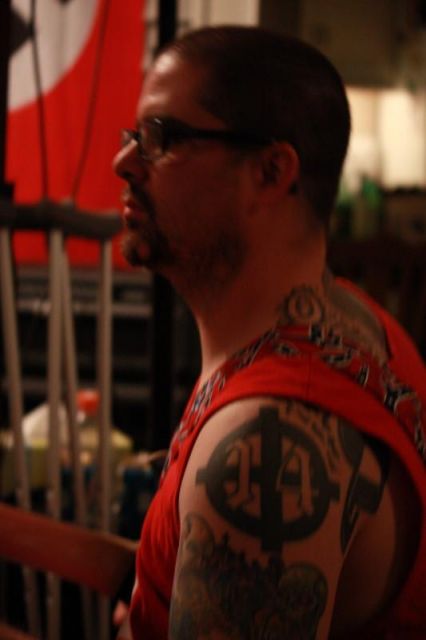 Wade Michael Page, with a white-power tattoo visible on his shoulder Myspace

The “14” itself is particularly telling: It’s a reference to “the 14 words,” a racist credo first set down by David Lane, the cofounder of a white nationalist terror group known as The Order. (The Order—whose name was inspired by a similar group immortalized in William Luther Pierce’s racist novel, The Turner Diaries, a favorite of Timothy McVeigh’s—has been active for nearly 30 years and was implicated in the 1984 murder of Alan Berg, a liberal Jewish radio host.)

As formulated by Lane, the 14 words are reportedly inspired by a longer passage from Adolf Hitler’s Mein Kampf and form the basis for Lane’s “88 Precepts” (PDF), in which he lays out The Order’s founding philosophy—including its condemnation of homosexuality, abortion, and “mixing and destruction of the founding race.” (88, too, has special significance for neo-Nazis and other white hate groups.)

In their entirety, the 14 words—commemorated on Page’s skin—read: “We must secure the existence of our people and a future for white children.”

Mother Jones has also obtained a copy of a 2010 interview with Page, courtesy of the Southern Poverty Law Center, conducted by his band’s white-power record distributor, Label 56—you can read the full text below.

In the interview, Page describes how he traveled to Southern California to play bass for a series of skinhead bands called Youngland, Celtic Warrior, Radikahl, Max Resist, Intimidation One, Aggressive Force, and Blue Eyed Devils. He also spoke openly about the frustrations with society that led him to start his own racist band, End Apathy, in 2005. “A lot of what I realized at the time was that if we could figure out how to end peoples apathetic ways it would be the start towards moving forward,” he said. “Of course after that it requires discipline, strict discipline to stay the course in our sick society.”

Update: For more info on Page’s tats—including a 9/11 tribute and a Confederate stars and bars—check out The New Yorker and Lawyers, Guns & Money. And for a full rundown on the Sikh temple shooting, jump over to our explainer.