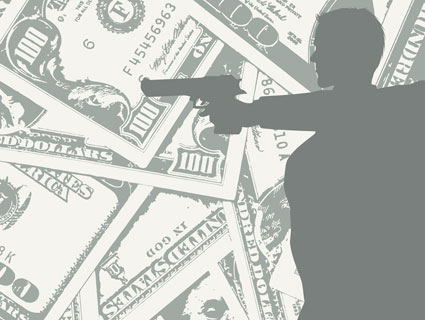 “Our Second Amendment rights are hanging by a thread. President Obama just announced he’s on the warpath… [T]his is an all-out EMERGENCY.” So reads a fundraising email blasted out Wednesday by the National Association for Gun Rights.

Since Adam Lanza massacred 20 children and 7 adults in Newtown a week ago, gun control is on the national mind more than any time since probably 1994. Several pro-gun lawmakers and public figures have had a change of heart in recent days. And on Wednesday, Obama came out in support of renewing a ban on assault weapons and high-capacity ammunition clips, and requiring background checks on all gun sales. That is bad news for gun rights groups all over the country. But it sure helps them raise money.

Let’s take a trip with the NAGR through the dawning horrorscape of a gun-controlled America. “Anti-gun hysteria is reaching a fever pitch… MSNBC anchors are calling for outright gun ‘confiscation’… Even prominent Republican backers like Fox News founder Rupert Murdoch is loudly calling for new gun control schemes, and Fox News commentator Bill Kristol is calling for ‘serious hearings.'” NAGR also bemoans the fact that the mass killing has undermined the ability of the NRA to buy off lawmakers: “Senate Majority Leader Harry Reid—who [the NRA] handed nearly $5,000 to during his last reelection—just announced plans for Senate movement on gun control.” So if you want to do something about it, “please make a generous contribution of $35, $50, $100 or even $250.”

Gun Owners of America, for their part, put out a news release Wednesday prodding 2nd Amendmenters to give because in the midst of the media focus on Sandy Hook and lax gun laws, GOA “has been out front defending your gun rights…Make no mistake about it! We are in the fight of our lives. Barack Obama has made it his central priority to destroy us.” Then there’s a “Please support us” link to their donation page.

The Citizens Committee for the Right to Keep and Bear Arms responded to Obama’s call for an assault weapons ban Wednesday by declaring that “before asking Congress to ban our firearms, President Obama should order his Justice Department to get back all the guns his administration allowed to be walked into Mexico under Operation Fast and Furious.” Their homepage asks for donations to help air an ad that plays into the conservative conspiracy theory that the failed gun-walking operation was a ploy to take away gun rights in the United States.

And to teach you the real lessons that should be learned from the Sandy Hook massacre, Jews for the Preservation of Firearms Ownership would like to sell you a little booklet called “Gun Control Kills Kids” by Gran’pa Jack. In JPFO’s words, “The theme within the humble publication is concise but also very effective—’It destroys every major argument for ‘gun control’. It educates kids so they will know how to support firearms ownership. It immunizes kids against anti-gun propaganda and it provides long-term insurance for your right to be armed.”