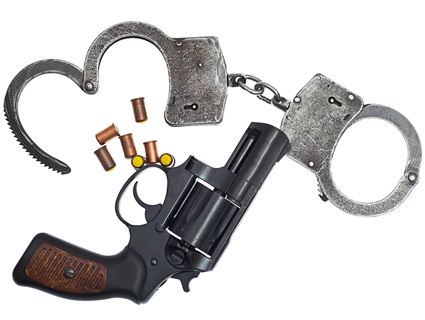 Despite the amped-up claims that President Obama is just waiting to crack down on gun owners, a new report reveals that his administration has been pursuing significantly fewer gun crimes than the predeceeding one. Under Obama, federal weapons prosecutions have declined to their lowest levels nearly a decade, according to a new report from the Transactional Records Access Clearinghouse, a research group associated with Syracuse University. 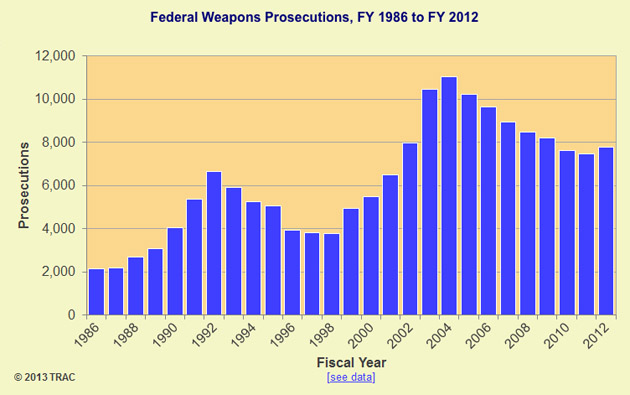 The prosecutions’ most common target are felons who illegally possess or sell weapons—not legal owners or sellers who run afoul of the law. And, TRAC notes, counting on federal prosecutions misses the majority of gun cases: “Because of the very different number of the enforcers and prosecutors working at the two levels, state and local gun prosecutions almost certainly dwarf anything that is done by the federal government.”

It’s not entirely clear how the gun lobby’s efforts to hamstring the Bureau of Alcohol, Tobacco, Firearms and Explosives’s ability to enforce weapons laws has influenced the decline in gun cases. But of the 3,741 weapons cases referred to federal attorneys in 2012 that weren’t investigated, about 40 percent were determined to lack sufficient evidence to pursue. And since 2005, the number of cases referred by the ATF has exceeded the number of weapons crimes prosecuted by federal authorities. 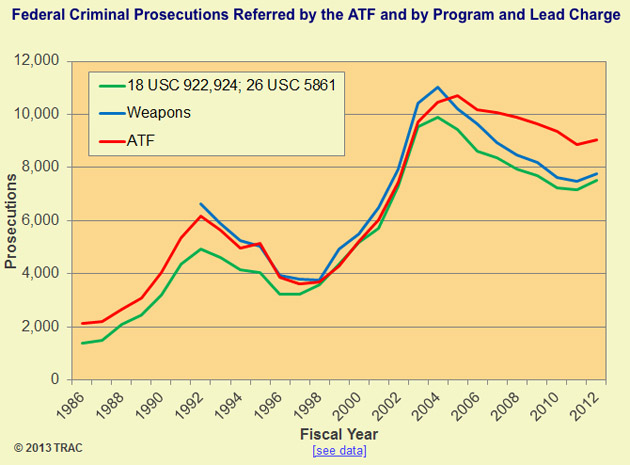