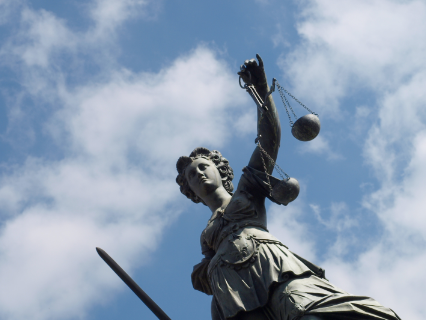 Update, 4:18 p.m.: The Georgia supreme court has denied Warren Hill’s motion for a stay of execution.

Update, 6:44 p.m.: The 11th Circuit Court of Appeals has granted Warren Hill a stay of execution, according to his lawyers.

Update, 2/20/2012: Here’s the order from the 11th Circuit. The Georgia court of appeals also issued a stay, due to complications surrounding the state’s recent switch from a lethal-injection “cocktail” to a single drug.

Warren Hill has an IQ of 70 and placed in the third percentile on his middle-school standardized test. Doctors have found him to be “mildly mentally retarded.” But even though the US Supreme Court in 2002 ruled that executing the mentally handicapped is unconstitutional, Hill will be put to death today, barring a late intervention by the courts.

In 1989, while serving a life sentence for murdering his girlfriend, Hill was given the death penalty for murdering his cellmate with a wooden board.  Georgia had outlawed the death penalty for the mentally handicapped by then, but the state mandated that defendants prove their handicap “beyond a reasonable doubt”—putting the burden of proof, in other words, on the disabled defendant.

Hill’s appeal rests mostly on a single compelling point: The team of state doctors who originally concluded he qualified for capital punishment has completely reversed itself, citing their own inexperience (one of them had never evaluated a patient for mental retardation before) and advances in the field. As one member of the team, Dr. Thomas Sachy, put it in Hill’s application for a sentence commutation:

The totality of evidence shows that far from “malingering a cognitive disorder,” Mr. Hill has had a cognitive disorder with adaptive skill deficits since early childhood. He consistently tested in the 2-3 percentile in childhood achievement and intelligence testing, consistent with mild mental retardation. There was no dispute in 2000 among the clinicians who had evaluated Mr. Hill that he has an IQ of approximately 70. There is also evidence of significant deficits in such areas of his functioning as self-care, functional academics, interpersonal skills, and home living since prior to age 18.

Among the arguments in favor of qualifying Hill for the death penalty were a set of letters he had written from prison to his lawyer and family members, which seemed to demonstrate a higher level of mental competence than he’d shown in his examination. But doctors now believe those letters were written by someone else.

Georgia isn’t the only state that has found its way around Atkins v. Virginia, the 2002 decision in which the Supreme Court ruled that executing the mentally handicapped violates the Constitution’s prohibition on cruel and unusual punishment. In August, Texas executed Marvin Wilson, who sucked his thumb into adulthood and couldn’t tell the difference between left and right, on the basis of mental competence guidelines that were inspired by the John Steinbeck novel Of Mice and Men.

Hill’s execution had originally been scheduled for last August but was stayed by the state Supreme Court—not because of his mental capacity, but because of questions about the lethal injection drug the state was using. It is now set for 7 p.m. tonight.