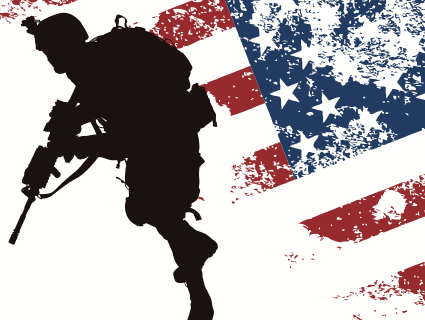 The number of conspiracy-peddling anti-government groups hit a record high last year, according to a report put out Tuesday by the Southern Poverty Law Center, which also found that hate groups in general remain at near-record levels.

Between 2000 and 2012, the number of hate groups, defined the by SPLC as those that verbally attack minority groups, rose from 602 to more than 1,000. The number declined slightly last year—from 1,018 to 1,007—but the number of so-called “patriot groups,” groups that generally believe the government is conspiring to take Americans’ guns and freedoms and impose one-world rule, hit a record high of 1,360 in 2012, up from 149 in 2008.

“We are seeing the fourth straight year of really explosive growth on the part of anti-government patriot groups and militias,” Mark Potok, senior fellow at the SPLC said on a conference call Tuesday. “That’s 913 percent in growth. We’ve never seen that kind of growth in any kind of group we cover.”

Why so much hate and paranoia? The culprits are pretty predictable: a liberal black president, the wider shift in demographics in the country, and the mainstreaming of formerly marginal conspiracies like Agenda 21, says Potok.

Although these groups aren’t necessarily involved in violence or criminality, their rise still has advocates worried. “Only a small percentage acts violently, but they should raise red flags and cause concern,” Daryl Johnson, former senior domestic terrorism analyst at the Department of Homeland Security, said during the conference call. And Potok says that immigration reform, gun control legislation, and the increasing social acceptance of LGBT rights have the potential to further fuel growth of these groups.

On Tuesday, the SPLC sent a letter to the Department of Homeland Security urging it to amp up its non-Islamic domestic terrorism monitoring. The agency has done a lot less monitoring on non-Islamic terror since 2009, when a leaked DHS report revealing a resurgence of the radical right caused an uproar amongst GOP lawmakers and right-wing talk show hosts. The controversy spurred Homeland Security secretary Janet Napolitano to withdraw the report and dismantle the domestic non-Islamic terrorism unit that had written it.

Johnson, whose team at DHS wrote the report, says that since then, “nothing at the Department of Homeland Security regarding this issue has changed. DHS has one or two analysts looking at right-wing extremism. Meanwhile it has dozens of analysts and resources looking at home-grown Islamic extremists.”

“We need to stand up a domestic terrorism unit and start analyzing this threat,” he says.