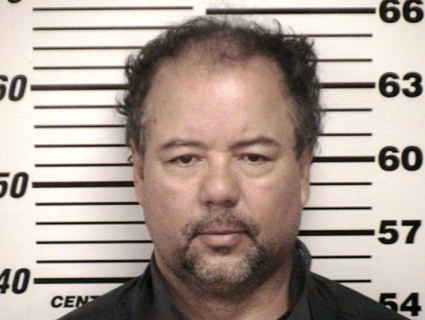 Prosecutors in Ohio have indicated that they will seek murder charges against Ariel Castro, the man they believe kidnapped, tortured, and imprisoned three women in his house for roughly a decade. The murder charges stem from reports that he raped, impregnated and abused one of the women, Michelle Knight, causing her to miscarry multiple pregnancies.

“I fully intend to seek charges for each and every act of sexual violence, rape, each day of kidnapping, every felonious assault, and each act of aggravated murder for terminating pregnancies that the offender perpetrated,” Cuyahoga County Prosecutor Timothy McGinty said at a news conference late last week. Ohio prosecutors are assessing whether they could seek the death penalty against Castro.

Thirty-eight states have laws on the books that make killing a fetus in a violent act a separate crime from the harm done to the pregnant woman, according to the National Conference of State Legislatures. Ohio has had a feticide law since 1996. Although there is broad agreement on the idea that Castro should be prosecuted for his alleged crimes, the use of this type of “feticide” law makes some in the world of reproductive rights and law nervous, since these laws move toward the kind of “fetal personhood” measures that anti-abortion groups have tried to push to define a fetus as a full and separate human being.

“What Castro is accused of doing is so horrendous it defies comprehension. He allegedly forced Ms. Knight to become pregnant, and then forced her to miscarry—nobody disagrees that he should be punished for this,” Farah Diaz-Tello, a staff attorney at National Advocates for Pregnant Women, told Mother Jones. “But when the law treats fertilized eggs, embryos, and fetuses as legally separate from the pregnant women who carry them, the door is open to a host of problematic consequences for pregnant women.”

The concern is that this sort of law could in turn be used to prosecute women for seeking an abortion or other potential or perceived harms to a fetus. And as I’ve reported here before, women already have been prosecuted under this type of law in some states.

Lindsey Beyerstein has a great piece at RH Reality Check looking at the legal issues at hand in the case. Michelle Goldberg also makes an elegant argument against the murder charge at The Daily Beast:

But if he is convicted of capital murder, it will ultimately be an injustice—not to him, but to the rest of us. That’s because it will mean that legally, ending a pregnancy is a greater crime than keeping three human beings locked in a squalid dungeon for a decade. Such a precedent will have implications beyond this terrible case.

Emily Bazelon made a similar point about this over at Slate. As Diaz-Tello puts it, “The acts of torture Castro allegedly committed against these three women are certainly more than enough to put him away for life without going down roads that lead to locking up pregnant women.”