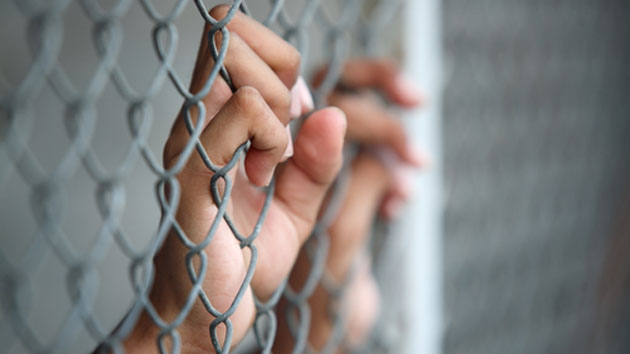 Reinforcing the Los Angeles County jail system’s reputation for brutality and corruption, FBI officials unsealed cases last week that charge 18 current and former deputy sheriffs with misconduct. The charges, from four grand jury indictments and a criminal complaint, were the result of an ongoing FBI investigation spurred by accusations of excessive force in the LA County Sheriff’s Department. US Attorney André Birotte Jr. said the cases encompass “a wide scope of illegal conduct,” including allegations of civil rights violations against prisoners and visitors, as well as conspiracy to hinder the FBI investigation itself.

Seven of those arrested face charges of civil rights violations against inmates and visitors, including the unlawful handcuffing and searching of the Austrian consul general as she attempted to visit an Austrian inmate.

To make matters worse, some of the officials under the FBI’s magnifying glass attempted to dodge or subvert the investigation. Seven officers at Men’s Central Jail, including two lieutenants and two sergeants, were indicted on charges of conspiracy, obstruction of justice, and giving false statements. The case alleges that when the deputies discovered a smuggled cell phone in an inmate’s possession and realized he was acting as an informant to the FBI, they took drastic steps to hide him from the FBI—altering records to say he was released, re-booking him under a false name, and attempting to intimidate an FBI agent at her home. As the LA Times reported, the conspiring deputies internally referred to their plans to hide the informant and thwart the investigation as “Operation Pandora’s Box.”

The conspiring deputies internally referred to their plans to hide the informant and thwart the investigation as “Operation Pandora’s Box.”

The FBI’s arrests are all the more disturbing in light of accusations of extreme physical abuse that have marred LA County jails for years. In January 2012, the American Civil Liberties Union filed a lawsuit against the Los Angeles Sheriff’s Department, stating that “a sick culture of deputy-on-inmate hyper-violence has been flourishing for decades.” A 2011 ACLU report documented 70 first-hand accounts of violence and threats against inmates, detailing broken bones, stitches, and lasting injuries from Tasers, pepper spray, and steel-toed boots. LA County Sheriff Lee Baca initially questioned the accuracy of the report, stating the ACLU didn’t “have any substantial proof other than accusations,” but later accepted blame for violence within his jails. It’s no surprise that former Mother Jones reporter James Ridgeway featured LA County jails prominently in his list of America’s 10 Worst Prisons.

In a press conference last week, Baca maintained the indictments do not represent the department as a whole, stating: “There is no institutional problem within the sheriff’s department when it comes to correcting itself.” But US Attorney Birotte saw it differently. “These incidents did not take place in a vacuum—in fact, they demonstrated behavior that had become institutionalized,” he said in a statement. “The pattern of activity alleged in the obstruction of justice case shows how some members of the Sheriffs’ Department considered themselves to be above the law.”

Federal involvement should come as welcome news to prison activists. In the ACLU’s 2011 report, corrections expert and former prison official Tony V. Bair concluded: “Sheriff Baca is either unwilling or unable to control the systemic abuse that permeates his LA County Jail system…Since the LASD appears totally incapable and lacking in motivation to correct these problems, it remains for the federal government and the courts to do so.”