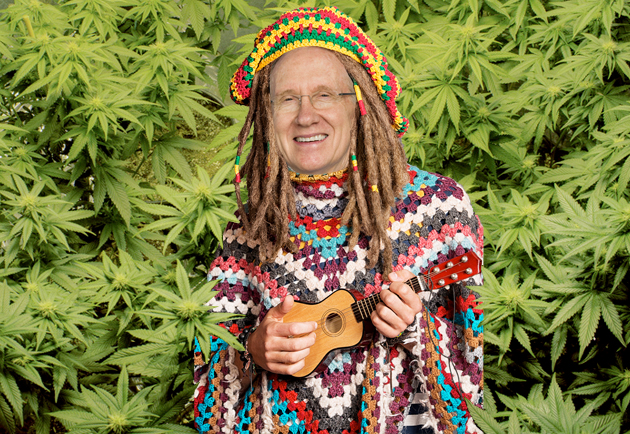 Senate Majority Leader Harry Reid (D-Nev.) used to be firmly against legalizing marijuana because of its reputation as a gateway drug. But reputations are just a construct, man. Free your mind.

On Thursday, Reid told the Las Vegas Sun that his views on teenage David Brooks’ favorite baser pleasure have evolved. “If you’d asked me this question a dozen years ago, it would have been easy to answer—I would have said no, because it leads to other stuff, but I can’t say that anymore. I think we need to take a real close look at this. I think that there’s some medical reasons for marijuana.”

Nevada is one of twenty states where medical marijuana is legal, but in September three of its largest cities placed local moratoriums on applications for new dispensaries. Reid’s support could go a long way toward lifting those moratoriums.

Reid, who said he’s never tried marijuana, didn’t go so far as to say that he would endorse full legalization, as in Colorado. (“I don’t know about that. I just think that we need to look at the medical aspects of it.”) But he did acknowledge the neat and groovy point that spending billions of dollars going after pot smokers is irrational. “I guarantee you one thing. We waste a lot of time and law enforcement going after these guys that are smoking marijuana.”

How does this affect you, a (possibly) healthy pot-curious millennial from a state other than Nevada? It doesn’t directly. But it’s yet another sign that the nation’s views towards marijuana may have reached a tipping point. Today, 55 percent of Americans support legalization, up from 43 percent last year, according to CNN/Opinion Research. Colorado and Washington have become the first two states to legalize recreational marijuana, and on Wednesday, New Hampshire’s House of Representatives passed a bill that would see the Granite State become the third. (Though it isn’t expected to survive the Senate.)

Marijuana: Likely to be legal in most of the country by 2020.