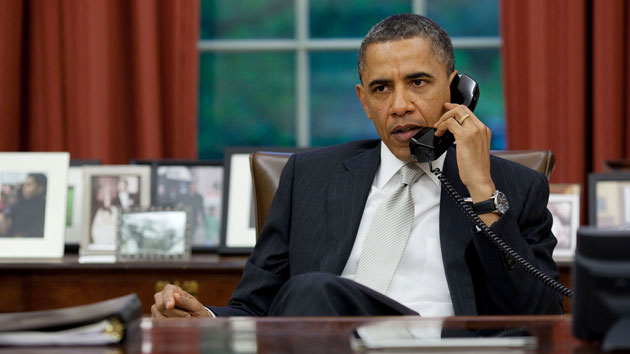 President Barack Obama and his national security team are debating whether to kill Abdullah al-Shami, an American citizen whom they say is an Al Qaeda terrorist hiding out in Pakistan.

Shami wouldn’t be the first American Al Qaeda suspect to be deliberately killed by the government without charge or trial. That distinction belongs to Anwar al-Awlaki, an Al Qaeda leader who was vaporized in a US drone strike in Yemen in 2011. In 2013, the government admitted that Awlaki was one of four Americans killed by drone strikes ordered by the Obama administration. Samir Khan, another American, was killed in the same strike as Awlaki. Abdulrahman al-Awlaki, Anwar’s 16-year-old son, was killed in a separate strike several weeks later, although government sources have told reporters that Abdulrahman’s death was a mistake. And Jude Mohammed, another American, was killed in a third strike in Pakistan the same year.

The government claims that, of the four Americans killed by drone strikes under Obama, only Awlaki was deliberately and specifically targeted for death—the first and only American to receive such treatment thus far. Shami would be the second.

This time, though, there’s even less public information about the man the government is targeting for death. The New York Times‘ Mark Mazzetti and Eric Schmitt reported Friday that Shami is a nom de guerre, and the Obama administration won’t even release the alleged terrorist’s real name:

Interviews with American officials and outside terrorism experts sketch only the most impressionistic portraits of Mr. Shami.

[Shami] came to the attention of the American authorities in 2008, around the same time that another American, Bryant Neal Vinas, was getting Qaeda training in Pakistan, one former counterterrorism official recalled. The authorities worried at the time that a surge of people with terrorism training and Western passports might be coming to the United States. Mr. Vinas was later captured and brought back to the United States, where he pleaded guilty to terrorism charges.

The contrast between Vinas, who was captured, and Shami, who was not, is fascinating. Vinas was brought into the federal court system and had the opportunity to avail himself of legal representation, presumably because the Obama administration thought it was important to give someone they wanted to lock up for a long time a trial. But when the administration wants to kill, rather than imprison, an American, the courts apparently don’t have to be involved at all.