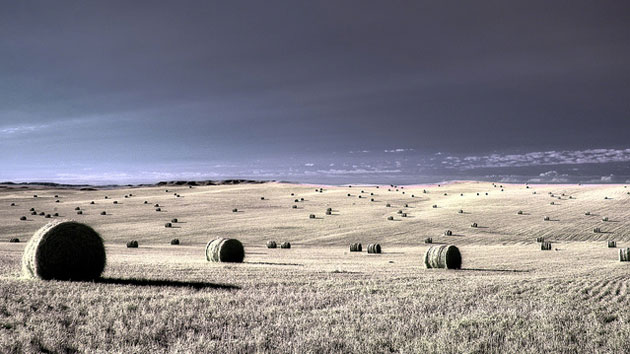 For such a sparsely populated state, Montana has managed to generate some outsize headlines lately. There’s the GOP Senate candidate who made news by suggesting that creationism should be taught in public schools. Then there’s Missoula’s reputation as the “rape capital” of the world, thanks to, among other things, serious allegations of sexual assault committed by University of Montana football players. And continuing that theme, there’s also the Justice Department’s investigation of the Missoula County Attorney’s office alleging that prosecutors had been systematically discriminating against female sexual-abuse victims.

Now comes new data showing that Montana is leading the country in public corruption prosecutions, suggesting that the state’s reputation for graft (dating back to the days of the Copper Kings) hasn’t changed much. Clocking in with 18 active cases, the federal judicial district of Montana has had more public corruption prosecutions in 2014 than those in South Florida, Southern California, and even New Jersey, according to data crunched by the Transactional Records Access Clearinghouse at Syracuse University.

How is it that such a small state has so many prosecutions? “Why prosecutors do what they do is a mystery,” says TRAC’s David Burnham. But the prosecutors in Montana have a good explanation: They’ve recently organized a major crackdown on corruption on American Indian reservations, of which the state has seven.

A recent AP investigation concluded that, nationally, tribal governments are five times more likely to have “material weaknesses” in their administration that make corruption possible, and reporters for years have been sounding alarms that federal prosecutors have largely turned a blind eye to these problems. Montana decided to change that trend, at a time when millions in additional federal dollars have flowed into tribal governments thanks to the federal stimulus package enacted after the financial collapse in 2008.

In 2011, the US Attorney’s office launched a task force, dubbed the Guardians Project, with the FBI, the IRS, and inspectors general of various federal agencies, to target corruption on American Indian reservations. The results have been telling: In 2012, Montana had only one official corruption prosecution, but by August of last year, the Guardians Project had netted 25 indictments against people who’d allegedly done all sorts of devious things to keep federal money from reaching those it was supposed to help.

Prosecutors promised there would be more to come, and there have been. Just last month, four members of the Blackfeet tribe were sentenced to prison for involvement in a scheme to steal federal mental-health and substance abuse treatment funds from a $9 million contract. More than $225,000 intended for the program ended up being spent on travel and gambling, among other things.

Six people have pleaded guilty to embezzling federal dollars from a $361 million pipeline project designed to bring freshwater to the Rocky Boy’s Indian Reservation. Another seven people from the Crow reservation were indicted for stealing at least a half-million dollars from the tribe in a double-billing scheme operated out of the tribe’s historic preservation office. One of the people convicted in the scheme allowed a coal company to take a backhoe to a 2,000-year-old sacred bison burial site. The corruption investigations have already ensnared a former state representative and Chippewa Cree tribe official, Tony Belcourt, who in April pleaded guilty to bribery, theft, and tax-evasion charges related to the water project, as well as construction of a multimillion-dollar clinic.

Overall, though, Montana itself probably isn’t more scandal-plagued than New Jersey or Miami. Montana’s US attorney has just taken a harder line on prosecuting the abuses on its reservations, and all those cases have added up to boost Montana to the top of the rankings in terms of public corruption prosecutions. “These figures from Syracuse reflect only a portion of our effort,” US Attorney Mike Cotter said in a statement Tuesday. “Many of the public corruption indictments brought in Montana were initiated before last October. Relatively speaking, Montana is a small office; a David among Goliaths. But the Guardians have done truly remarkable work. Their efforts have unearthed widespread criminal activity and flagrant abuses of trust with regard to federal programs and grants designed to provide for the common good of our Indian communities.”