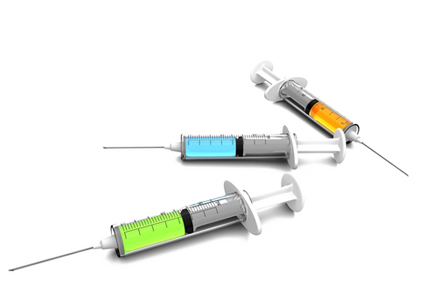 Documents released Friday afternoon in the case of Arizona’s  botched execution of Joseph Wood—who gasped for air and struggled, according to witnesses, repeatedly during the two-hour process—show that  executioners used 15 separate doses of a new drug cocktail before Wood finally died. Lawyers had warned that the combination of 50 milligrams hydromorphone (a pain killer) and 50 milligrams of midazolam (a sedative) was rife with potential problems. (The state also has a long history of failing to follow its own protocol.) The documents suggest they were right.

“Instead of the one dose as required under the protocol, ADC injected 15 separate doses of the drug combination, resulting in the most prolonged execution in recent memory,” said Dale Baich, Wood’s lawyer. “This is why an independent investigation by a non-governmental authority is necessary.”

Ohio  used a similar drug cocktail in January to execute Dennis McGuire, who gasped and snorted for 25 minutes before finally succumbing, the longest execution in Ohio history. Arizona apparently increased the dosage of midazolam from what Ohio had used, but it doesn’t seem to have gotten any better results.

When officials in Ohio and elsewhere first expressed their intent to experiment with the midazolam/hydromorphone combination, experts predicted, as Mother Jones‘ Molly Redden reported, that little was known about how the new drug combinations would work in executions. She wrote:

Jonathan Groner, a professor of clinical surgery at the Ohio State University College of Medicine who has written extensively on the death penalty, says effects of a hydromorphone overdose include an extreme burning sensation, seizures, hallucination, panic attacks, vomiting, and muscle pain or spasms. [David Waisel, an associate professor of anesthesiology at Harvard Medical School], who has testified extensively on capital-punishment methods, adds that a hydromorphone overdose could result in soft tissue collapse—the same phenomenon that causes sleep apnea patients to jerk awake—that an inmate who had been paralyzed would be unable to clear by jerking or coughing. Instead, he could feel as though he were choking to death.

Because hydromorphone is not designed to kill a person, Groner says, there are no clinical guidelines for how to give a lethal overdose. “You’re basically relying on the toxic side effects to kill people while guessing at what levels that occurs,” he explains.

The new Arizona documents suggest that these assessments were dead on.

State officials are using new drug combinations because pharmaceutical companies have been refusing to sell or export the drugs traditionally used in executions. The US has seen a shortage of those drugs for several years now, and death penalty states have gone to increasingly desperate measures to kill their condemned, everything from illegally importing the old drugs to buying them from dubious compounding pharmacies. Arizona illustrated the latest gambit—using new combinations of other available drugs, something critics have called an unethical human experiment.

States have also gone to great lengths to hide information about the drugs they’re using in executions and how they’re getting them. In Arizona, Wood was just the latest of many death row inmates who have tried and failed to force states to be more transparent. The 9th Circuit Court of Appeals sided with Wood in late July and agreed that he had a right to know how he was going to die. But the US Supreme Court overruled that decision and allowed the execution to go forward.