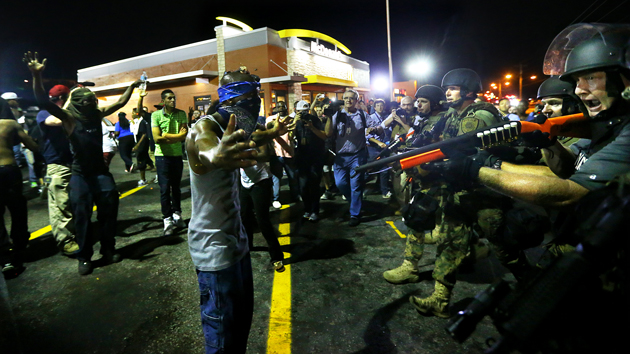 The protests in Ferguson, Missouri, were relatively calm yesterday, especially compared to previous nights where heavily armed police have responded to protests with tear gas and arrests. But there was at least one police officer who took things a little too far. In this video, an unidentified officer points a rifle at journalists and others walking in the street and warns, “I’ll fucking kill you.” (NSFW language in the clip.)

Somebody off-camera asks for his name and the officer replies, “Go fuck yourself.” Soon afterward, a county police sergeant comes and ushers the officer away. Earlier today the ACLU asked for the officer to be removed from Ferguson. The St. Louis County Police Department has announced that the officer has been suspended, according to the Washington Post: