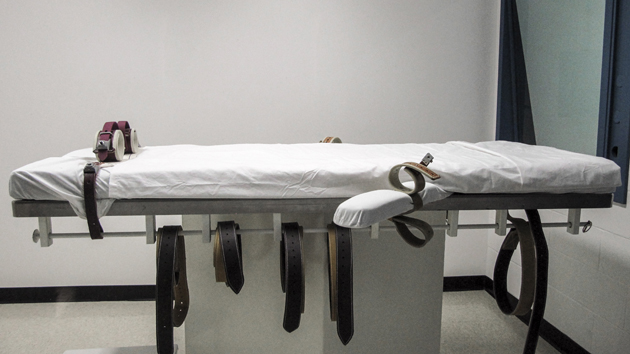 The American Civil Liberties Union of Pennsylvania and four news organizations filed an emergency legal motion on Thursday, demanding that Pennsylvania reveal the source of its execution drugs.

Later this month, the state is scheduled to put 57-year-old Hubert Michael to death for raping and murdering a 16-year-old girl in 1993. While the execution has been stayed by the Third Circuit Court of Appeals, the ACLU fears the hold could be lifted at any time, opening the way for the first execution in Pennsylvania in more than 15 years.

Since 2011, when the European Union banned the export of drugs for use in executions, Pennsylvania and other death penalty states have been forced to rely on untested drug combinations and loosely regulated compounding pharmacies, and most have become secretive about the sources and contents of their lethal injection drugs. Death row inmates around the country have sued to block their executions on the grounds that withholding this information is unconstitutional. Untested or poorly prepared drug cocktails could, they argue, create a level of suffering that violates the Eight Amendment ban on cruel and unusual punishment. So far, they’ve met with little success. Clayton Lockett, who lost his bid to force the state of Oklahoma to reveal the source and purity of the drugs used to put him to death, writhed and moaned in apparent agony after being injected with a secretly acquired drug combinations in April.

In Thursday’s motion, the ACLU, the Guardian, and three local newspapers—the Philadelphia Inquirer, the Pittsburgh Post-Gazette, and the Philadelphia City Paper—take a different tack. Citing the First Amendment, they demand that court documents from an unrelated class-action lawsuit, which name the compounding pharmacy preparing the drug, be unsealed. “These documents are of acute interest to the public and the media in the light of intense public scrutiny that has developed in the last year around the source of drugs used for lethal injection executions,” the motion states.

Below is a snippet from the Guardian‘s story on the case:

A recent string of botched executions in Ohio, Oklahoma and Arizona has brought a spotlight bearing down on death penalty states and raised questions about the effectiveness of the lethal injection protocols they are following. Among the concerns are whether compounding pharmacies can be relied upon as sources of the lethal injection drugs. The pharmacies make up medicines to order, and are not subject to the same stringent standards as drugs manufactured under supervision of the federal Food and Drug Administration (FDA)…

Despite Pennsylvania’s refusal to disclose the identity of the compounding pharmacy that supplies it, sufficient information can be gleaned from court documents to know that there are grounds for concern over the lethal medicines it has acquired. Expert testimony in the case of Hubert Michael noted that the concentration of the pentobarbital in the state’s possession was different from that called for by Pennsylvania’s own execution protocol.

This is not the first time news organizations and state governments have sparred over lethal injection drugs. In May, the Guardian, AP, and three local newspapers filed a lawsuit challenging the secrecy surrounding lethal injections in Missouri, which was preparing to put convicted murderer and rapist Russell Bucklew to death. Hours before he was to be strapped to the gurney, the Supreme Court stayed Bucklew’s execution, citing a rare medical condition that could make death by lethal injection excruciating.