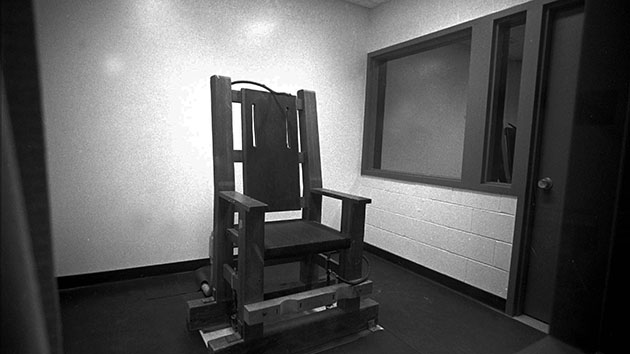 A group of conservative legislators in Nebraska are gearing up for what could be a multi-day battle to end the state’s death penalty. The fight pits the right-wing anti-death penalty crusaders against their fellow conservatives and the state’s Republican governor. Here’s the Omaha World-Herald:

Nine conservative lawmakers have signed on as co-sponsors of a repeal measure the Nebraska Legislature will begin debating Thursday. One of their key platforms: Repealing the death penalty makes good fiscal sense.

“If capital punishment were any other program that was so inefficient and so costly to the taxpayer, we would have gotten rid of it a long time ago,” said Sen. Colby Coash of Lincoln.

The bill is unlikely to become law. There are currently enough votes for passage, but advocates warn that anything could happen when the bill comes up for a final vote. Death penalty advocates could mount a filibuster to block the legislature from even voting on the measure. If they don’t, Gov. Pete Ricketts, a Republican, has vowed to block the legislation, and it’s unclear that there are enough votes to override his veto.

Still, the upcoming debate and vote on the bill marks a victory for a small conservative group working on a state-by-state basis to end the death penalty and replace it with life in prison without the possibility of parole. This group, Conservatives Concerned About the Death Penalty, argues that capital punishment violates core conservative beliefs about the sanctity of life, small government, and fiscal responsibility.

The Nebraska chapter of the group held a press conference Wednesday in advance of today’s floor debate on the bill. “I may be old-fashioned, but I believe God should be the only one who decides when it is time to call a person home,” said state Sen. Tommy Garrett, a conservative who supports repeal. “The state has no business playing God.”

Nebraska has not carried out an execution since 1997, when the state was still using the electric chair, but that might change, according to the World-Herald:

Nebraska Attorney General Doug Peterson said this week that his staff is working to restore the viability of a lethal injection protocol. He did not, however, predict when executions could resume.