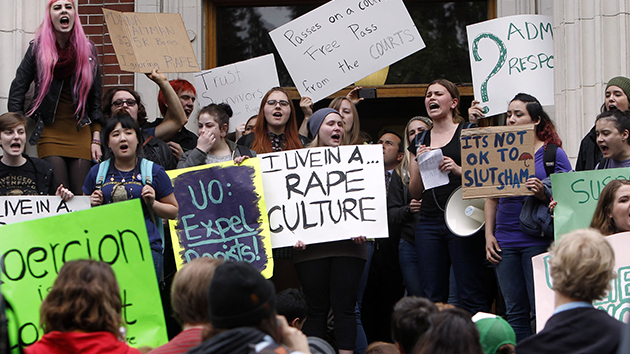 A new study published online by the Journal of Adolescent Health suggests college sexual assault may be far more prevalent than previously believed. The study, titled “Incapacitated and Forcible Rape of College Women: Prevalence Across the First Year,” which focused on first-year female students at one New York college, attempted to measure how frequently rape or attempted rape occurred by having female students fill out surveys throughout their freshman year.

Of the 483 women who completed the questionnaires, 18.6 percent reported instances of attempted rape. Incidences of rape were significantly higher when alcohol or drugs were involved.

“Sexual violence on campus has reached epidemic levels,” the study’s authors wrote. “During their first year in college, one in seven women will have experienced incapacitated assault or rape and nearly one in 10 will have experienced forcible assault or rape. Interventions to reduce sexual violence on campus are urgently needed.”

Past studies have posted similar rates. One study reported one in five women suffering from some form of sexual violence during their college careers.  What is striking about these new findings is that they indicate high levels of such sexual assault in just a single year and early on in a woman’s college experience.

As Jesse Singal at the Science of Us blog notes, scientifically measuring the frequency of sexual violence is a complex and difficult task: What one person considers to be sexual assault someone else might not.  In addition, this latest study only focused on one campus—making it impossible to generalize on a national scale.

But as recent events have shown, sexual violence on college campuses is a persistent problem. For decades, conservatives have resisted calls for campuses to better protect women by dismissing the issue. With the fallout over Rolling Stone‘s botched campus rape investigation only fueling detractors, it’s especially important for studies like the one published by the Journal of Adolescent Health to provide solid data to legitimize the problem so that potential assaults might be avoided.