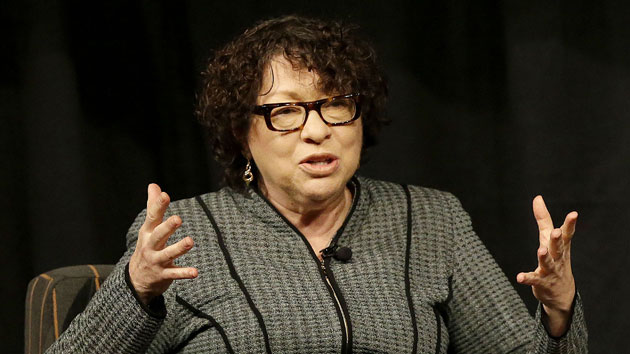 On Monday, the Supreme Court upheld the use of the drug midazolam for lethal injections in a 5–4 decision that pitted the five conservative justices against the four liberal ones. Justice Sonia Sotomayor, who wrote her own dissent, argued that the use of the drug, which prolongs the execution process and sometimes doesn’t work at all, was in violation of the Eighth Amendment’s prohibition on “cruel and unusual punishment.” Then she went a step further, comparing the drug to a more notorious form of punishment—the burning of heretics at the stake:

[T]he Court today turns aside petitioners’ plea that they at least be allowed a stay of execution while they seek to prove midazolam’s inadequacy. The Court achieves this result in two ways: first, by deferring to the District Court’s decision to credit the scientifically unsup­ported and implausible testimony of a single expert wit­ness; and second, by faulting petitioners for failing to satisfy the wholly novel requirement of proving the avail­ability of an alternative means for their own executions. On both counts the Court errs. As a result, it leaves peti­tioners exposed to what may well be the chemical equiva­lent of being burned at the stake.

Later in her dissent, Sotomayor added a few more comparisons for good measure. “Under the Court’s new rule, it would not matter whether the State intended to use midazolam, or instead to have petitioners drawn and quartered, slowly tortured to death, or actually burned at the stake.”

Justice Stephen Breyer, in a separate dissent, went a step further, arguing that the death penalty itself might be unconstitutional.