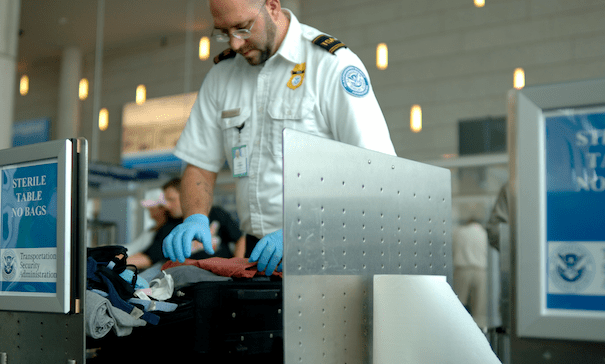 An undercover investigation lead by the Department of Homeland Security uncovered devastating holes in the Transportation Security Administration’s security procedures, with investigators able to smuggle fake explosives and banned weapons 67 out of 70 times at some of the country’s busiest airports.

“In one case, agents failed to detect a fake explosive taped to an agent’s back, even after performing a pat down that was prompted after the agent set off the magnetometer alarm,” ABC News reports.

The alarming 95 percent failure rate, during an investigation that spanned a decade, has lead to the reassignment of the agency’s chief Melvin Carraway.

“The numbers in these reports never look good out of context but they are a critical element in the continual evolution of our aviation security,” Homeland Security Secretary Jeh Johnson said in a statement. “We take these findings very seriously in our continued effort to test, measure, and enhance our capabilities and techniques as threats evolve.”

The full Homeland Security report is slated to be released later this summer.