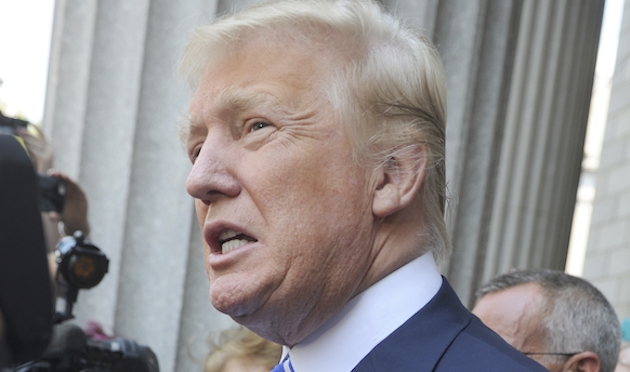 Boston police believe two brothers are responsible for a brutal attack Wednesday evening that left a homeless Hispanic man with a broken nose and covered in urine. One of the men, 38-year-old Scott Leader, told police he was inspired by presidential candidate Donald Trump’s message on immigration.

“Donald Trump was right, all these illegals need to be deported,” Leader allegedly told cops when he was arrested with his brother, 30-year-old Steve Leader.

The Boston Globe reported that a witness saw the brothers beating the 58-year-old victim with a pole three or four times as he attempted to defend himself.

This isn’t the first time the Leader brothers have been charged with a crime. After the attacks on September 11, Scott Leader was convicted with a hate crime after he assaulted a Muslim man and called him a “terrorist.”

When Trump heard about the assault, he told the Globe, “It would be a shame…I will say that people who are following me are very passionate. They love this country and they want this country to be great again. They are passionate.”

Trump, who is currently leading the GOP presidential field, set the tone for his campaign in June when he said that Mexican immigrants were criminals and rapists.

Since launching his bid, Trump has continued to issue offensive comments about Latin American immigrants. Earlier this week, he offered a glimpse at his immigration plan, which promotes mass deportations and an end to birthright citizenship.