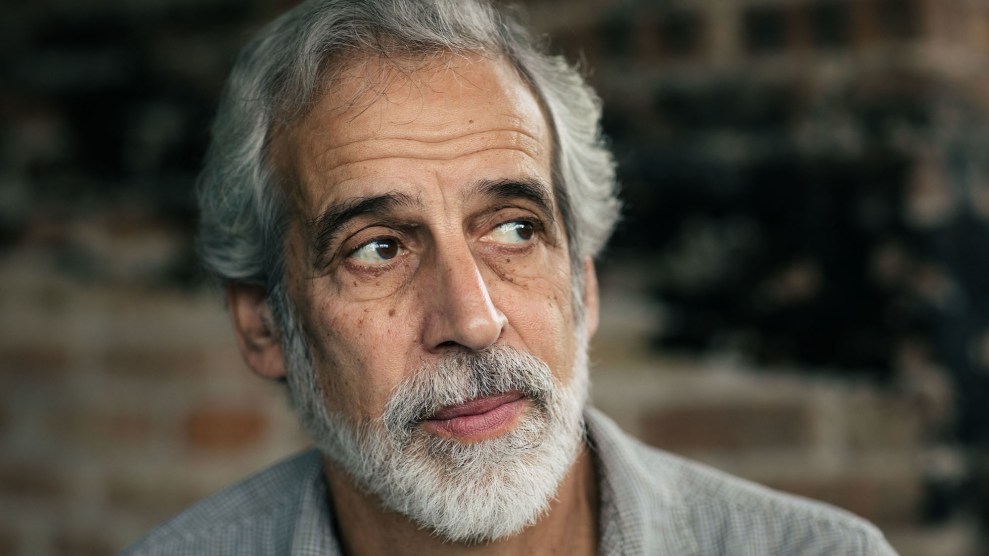 Lawyers for Jason Van Dyke, the former Chicago police officer facing a murder charge in the October 2014 shooting death of a black teenager named Laquan McDonald, are demanding that the reporter who brought incriminating details to light divulge his sources.

The outcome could be an important test of Illinois’ shield law protecting reporters from having to disclose anonymous sources.

On Wednesday, Illinois Circuit Court Judge Vincent Gaughan heard arguments during a pre-trial hearing whose outcome, legal observers say, could be an important test of the state’s shield law, which protects reporters in many cases from having to testify about their sources of information. Nearly 20 major news organizations have signed onto a friend-of-the-court brief filed in support of the journalist, Jamie Kalven.

Kalven, a local independent journalist, was the first to report, in a February 2015 story in Slate, that the Chicago Police Department’s official account of the McDonald shooting was contradicted by a coroner’s autopsy report and by police dash-cam video footage the department had not made public. The story catapulted the McDonald shooting into the national spotlight, and won Kalven a coveted George Polk Award for investigative journalism. Van Dyke’s attorneys subpoenaed Kalven in October in the hope of learning who provided him inside information, but Kalven’s attorneys—and the prosecutor in the murder case—asked Judge Gaughan to quash the motion.

At Wednesday’s hearing, Van Dyke’s lawyers argued that Kalven may have been leaked information about the McDonald investigation conducted by the now-defunct Independent Police Review Authority, and that he may have tainted at least one witness’ statement to authorities by questioning them about the shooting before police investigators were able to do so. They laid out a timeline showing, they claimed, that Kalven could have had information that was included in IPRA reports when he contacted some witnesses.

Illinois law precludes some statements made by police officers during internal investigations from being used against them in criminal cases. If Kalven did, in fact, use leaked IPRA information to inform his questions for witnesses, it is conceivable that his actions influenced their statements to the authorities, Van Dyke’s attorneys argued—which could have implications for whether those statements are admissible in court. Gaughan has already ruled inadmissible some statements Van Dyke made to the investigators.

“He got the name allegedly from IPRA. I think we have to clear up that, so he will be testifying.”

At another pretrial hearing in October, attorneys for Van Dyke submitted a list of eight people they said needed to testify to clarify whether the prosecution’s case against their client was tainted by inadmissible evidence. Gaughan rejected everyone on the list but Kalven. “He got the name [of a witness] allegedly from IPRA,” Gaughan said at the hearing, according to the Chicago Tribune. “I think we have to clear up that, so he will be testifying.”

Kalven’s attorneys have characterized this defense strategy as a “fishing expedition.” Information Van Dyke’s attorneys claimed could have only come from the IPRA was actually from a press release by the Chicago Police Department the day after the shooting, they said in court on Wednesday. Kalven’s lawyers also said the “tainted” witness in question actually spoke to the investigators before speaking to Kalven, according to ABC 7 Chicago. Kalven’s Slate story, he has maintained, was based on an autopsy report obtained through a public records request; he did not have any sources at the IPRA, his attorneys said Wednesday. Van Dyke’s attorneys also conceded on Wednesday that they don’t have any evidence for their previous assertion that Kalven’s efforts may have been helped along by FBI agents. Kalven insists he won’t reveal his sources under any circumstance.

On Wednesday, according to Chicago Sun-Times reporter Andy Grimm, Kalven took the stand for just two minutes—only to establish extremely basic facts, such as that he was a reporter when he wrote the Slate story.

Looks like Kalven will take the stand– but only to testify that he is a reporter, nothing else, his lawyer said. Being sworn in now

And, @jamiekalven off the the stand, after testifying he has been a writer and reporter “my entire adult life” and was working as a journalist when he wrote columns about McDonald shooting. About 2 mins

Gaughan agreed, but arguments continued over whether the judge should quash the defense’s subpoena entirely. Kalven may still be asked to take the stand again—in another case, the 2008 child-porn trial of singer R. Kelly, Gaughan said he interpreted Illinois’ shield law as only protecting journalists from having to identify their sources, not from having to testify.

Gaughan sought to compel then-Chicago Sun-Times reporter Jim DeRogatis, who broke the story that precipitated the Kelly trial, to take the stand, but stood down after DeRogatis fought the order. Gaughan also ordered a reporter to testify in another high-profile murder trial last year. He noted on Wednesday that in those trials, dozens of depositions were taken before he determined that the attorneys seeking the journalists’ testimony had done everything possible to get the information they sought in other ways.

The Illinois shield law was “adopted to protect precisely the types of reporter-source communications at issue in this case.”

The New York Times, the Associated Press, and the Online News Association were among the organizations that signaled their support for Kalven by putting their names on a brief by the Reporters Committee for Freedom of the Press. “Protection of reporters’ confidential sources serves the health of our democracy by ensuring that citizens have access to information needed ‘to make informed political, social, and economic choices,'” it reads. The Illinois shield law was “adopted to protect precisely the types of reporter-source communications at issue in this case—those that shed light on matters of critical public importance, such as how police shootings of civilians are investigated and resolved.”

Journalists can be required to divulge their sources “as a last resort,” the brief notes, only if “‘all other available sources of information have been exhausted'” and the disclosure “is ‘essential’ to protect the public interest.” If Van Dyke’s attorneys are interested in what information witnesses may have had before giving statements to authorities, it says, they could, for example, ask the witnesses themselves—and the law requires much clearer evidence of the necessity of disclosure than the speculation offered by the defense that it “may” be fruitful. Shield laws also protect whistleblowers from retribution, the brief adds.

In November 2015, a Chicago judge ordered the city’s police department to release video of the McDonald shooting in response to a lawsuit filed by Kalven. The video showed Van Dyke shoot McDonald 16 times—including several times while the teenager was helpless on the ground—and contradicted the prevailing police narrative that Van Dyke shot McDonald after the teen lunged at him with a knife. In fact, the video shows McDonald walking away from Van Dyke when he was shot in the back. The video, and the police cover-up, thrust Chicago into a period of political turmoil that ultimately toppled its police chief and top prosecutor, begat a Department of Justice investigation, and resulted in the firing of seven police officers.

In November 2015, Van Dyke was charged with murder amid public outcry over what the video showed. In March 2017, he was further indicted on 16 counts of aggravated battery with a firearm—a legal strategy one prosecution expert told Mother Jones could be aimed at forcing a jury to decide whether Van Dyke can be found culpable for continuing to shoot McDonald after he ceased to be a threat due to being severely wounded. A trial date has not been set, and on Wednesday, Gaughman delayed his decision about Kalven’s role in the case until a later date, potentially setting up a legal mini-battle that could further delay Van Dyke’s trial.

“Without the sources in this case, the public may never have known how McDonald died.”

Kalven, a seasoned journalist who has spent his nearly five-decade career investigating police abuse in Chicago, is no stranger to legal requests. In 2005, lawyers for the city of Chicago subpoenaed him for notes and other records related to his reporting. The court moved to hold him in contempt when he refused to comply, but the threat dissolved when the legal case in question was resolved. Kalven’s Slate story “is a perfect example of why reporters must be able to protect confidential sources,” Bruce Brown, executive director of the Reporters Committee for Freedom of the Press, said in a press release this week. “Without the sources in this case, the public may never have known how McDonald died, or how the Chicago Police Department investigated the shooting, information that is necessary for the public to hold government and law enforcement accountable.”