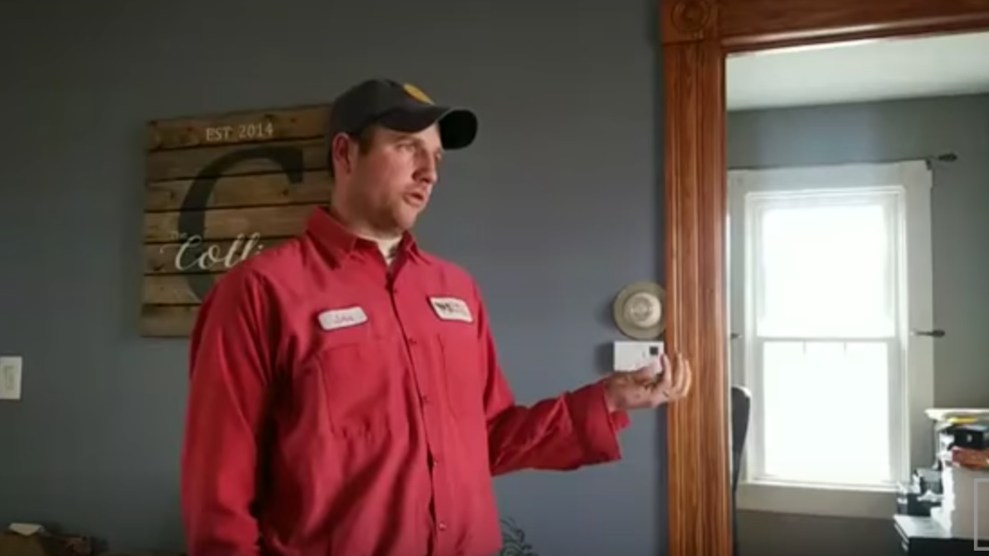 Things have gone sour for New York’s dairy industry, the third-largest of any US state. Years of low milk prices have led to steady stream of farm closings and farmer suicides. The industry’s workforce, which includes large numbers of immigrants, faces low wages, long hours, and high injury rates.

And now, the area’s farms apparently have another headache: raids by Immigration and Customs Enforcement (ICE). The Syracuse Post-Standard recently reported on an incident at a dairy farm in Rome, New York:

John Collins was standing outside the milk house at his dairy farm this morning when he heard yelling coming from inside. He ran in, he says, and saw his worker, Marcial de Leon Aguilar, pinned up against the window by armed men.

In this video, Collins shares his story with a Post-Standard reporter:

In the video, Collins claims the ICE officials roughed up the worker, de Leon Aguilar, and then interrogated him in front of his school-age children. They also declined to show Collins a warrant for entering his farm. Collins says when he ordered the ICE agents to leave and began attempting to video-record the interaction with his phone, an agent threw his phone into the road and handcuffed him before eventually releasing him.

In an email, ICE spokesman Khaalid Walls stated that “ICE deportation officers arrested Marcial DeLeon-Aguilar, a citizen of Guatemala illegally residing in the U.S., on immigration violations. ICE previously removed DeLeon-Aguilar from the U.S. on three occasions, most recently in January 2014. He has criminal convictions for reckless aggravated assault and illegal re-entry and is currently in ICE custody.” He added: “With respect to judicial warrants, federal immigration law clearly provides for the arrest of removable aliens based on administrative arrest warrants issued by authorized immigration officers.”

US Senator Kirsten Gillibrand (D.-NY) expressed outrage over the incident at the dairy farm:

Deeply troubled by this report from Rome, NY. ICE officers should not be allowed to raid private property without a warrant. There must be an immediate investigation into what happened here. https://t.co/0eBEDAUQV8

A 2015 report by Texas A&M agricultural economists found dairies that employ immigrant labor produce 79 percent of the US milk supply. Workers on dairy farms earn an average annual wage, including benefits, of $34,443. The researchers calculated that eliminating immigrant labor would cause retail milk prices to rise by 90.4 percent.