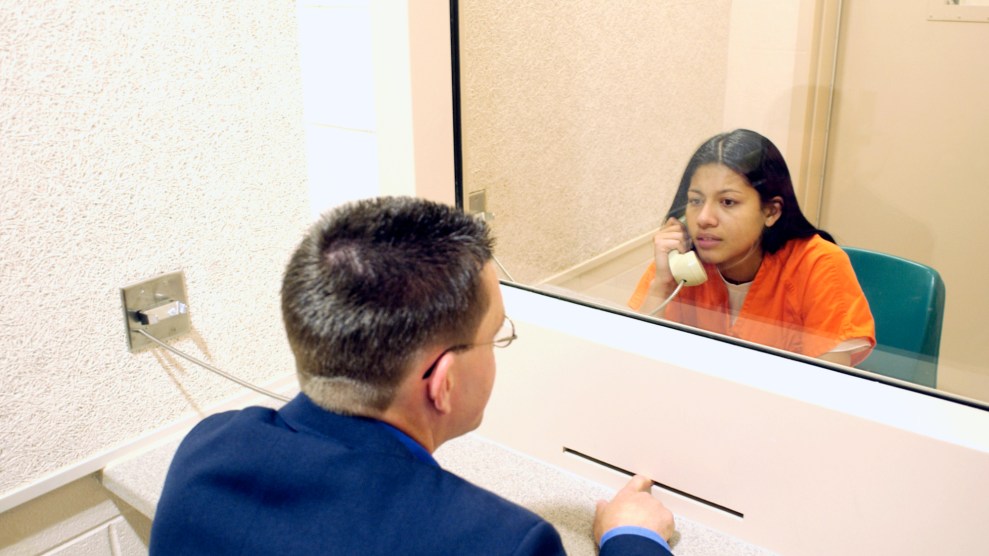 More than 1300 private conversations between a private prison’s inmates and their lawyers were recorded according to information in a new lawsuit against CoreCivic, the private company running the facility, and its technology provider Securus Technologies. Numerous charges and convictions against the inmates could ultimately be overturned if a judge finds prosecutors violated attorney-client privilege by listening to the recordings.

The court filings describing the newly disclosed recordings follow another civil lawsuit and a long-running federal investigation into actions by the Kansas US Attorney’s Office that authorized the recordings. The civil suits seek at least $10 million in damages and demand the company cease recording confidential conversations.

The possibility of recording at the CoreCivic (formerly known as the Correction Corporations of America) pre-trial detention facility in Leavenworth first emerged in 2016 when footage of an attorney client meeting, subpoenaed by a grand jury in a prison drug smuggling case, came to light. Outcry from criminal attorneys that the recordings violated inmates’ 6th amendment rights prompted Kansas federal district court Judge Julie Robinson to order all detention facilities in Kansas and Missouri, including those run by CoreCivic, to cease recording any privileged conversations.

A special independent master, David R. Cohen, was appointed to investigate the matter at Leavenworth, finding just 200 recorded calls. The disclosure of 1100 further calls made between 2011 and 2013 is explained by Cohen having only examined calls connected with the initial case. The revelation comes only a month after the Kansas US Attorney’s Office, which had been withholding information from Cohen’s investigation, announced it was ready to reach an agreement to begin cooperating with Cohen and the Federal Public Defenders Office, whose clients were recorded. While prosecutors have admitted to listening to the recordings in the smuggling case, it’s unclear the extent to which they may have done so in other cases.

This isn’t the first time the Leavenworth facility has attracted negative attention. Mother Jones covered a 2017 Justice Department audit that identified “poor oversight” and “severe understaffing.” And Securus, the company responsible for recording the calls, has previously faced legal action for illegally recording communications between lawyers and detainees. In 2016 The Intercept reported that the company had settled with the Austin Lawyers Guild, the Prison Justice League, and several individual defense attorneys over a suit alleging Securus recorded privileged communications with their clients. A 2015 hack of 70 million recorded calls between December 2011 and spring 2014 contained at least 57,000 privileged calls.