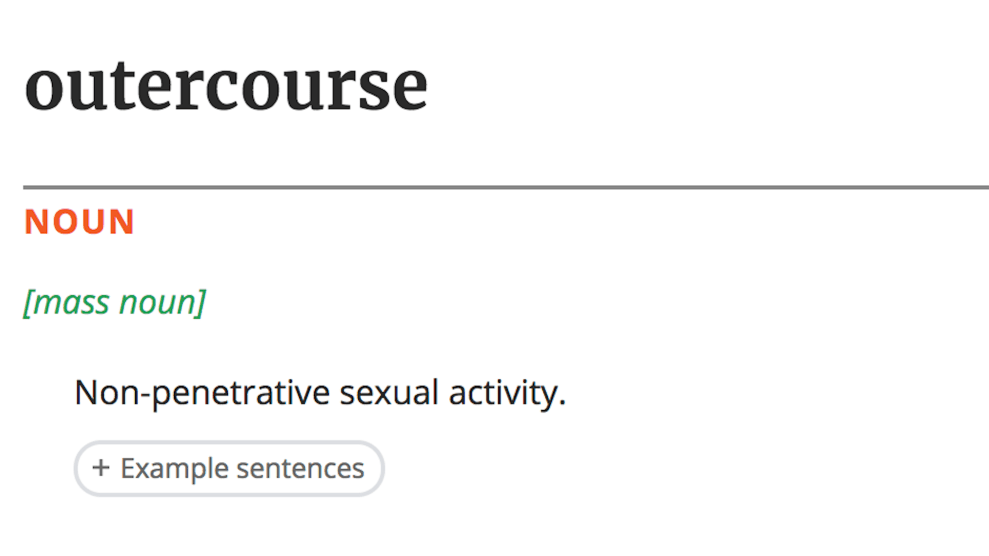 A lawyer for Brock Turner argued this week that his client shouldn’t have been convicted of intending to commit rape. His reasoning is that Turner only wanted “outercourse” with the woman he sexually assaulted.

In front of a three-justice appeals panel in San Jose on Tuesday, Turner’s lawyer, Eric Multhaup, explained that “outercourse” is sexual contact while fully clothed—”a version of safe sex,” he told the justices. Since Turner chose to have “outercourse,” Multhaup reasoned, he must not have intended to commit rape.

The lawyer laid out more of this argument in an appeal filing in May, which referred to the Oxford Dictionaries definition of outercourse. “The ‘aggressive thrusting’ or ‘humping’ while fully clothed is viewed in modern times as an alternative to or substitute for sexual intercourse, not a precursor to it,” he wrote. “As a matter of common sense, the sexual activity that was observed here is mutually exclusive to actual intercourse. [Turner] clearly had elected to engage in the activity of thrusting with his pants on.”

But the justices this week weren’t buying it. According to the Mercury News, Justice Franklin D. Elia listened, “poker-faced,” before telling Multhaup that proving “intent to commit rape” did not require that defendants had exposed themselves. “I absolutely don’t understand what you are talking about.”