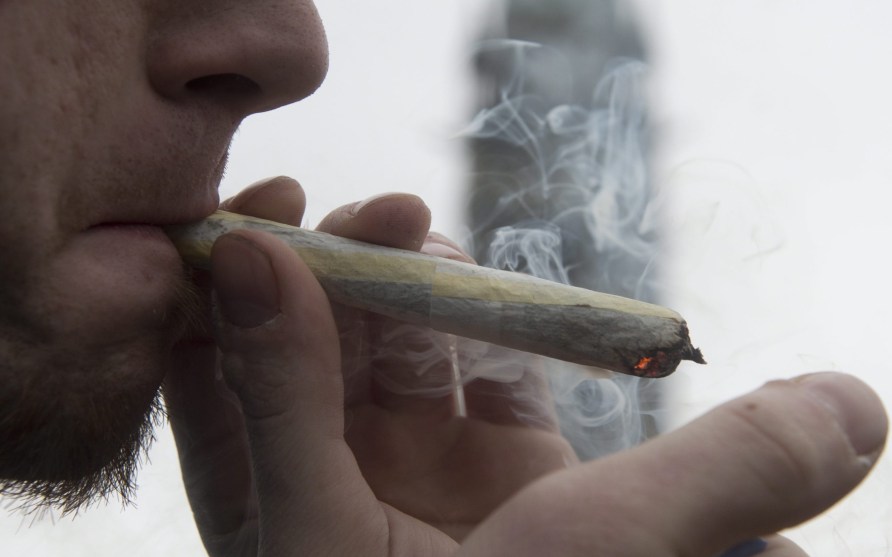 A man smokes marijuana at a protest on Parliament Hill in Ottawa in April 2015.Adrian Wyld/The Canadian Press/AP

As the United States faces a devastating opioid epidemic, New York State officials have offered up one potential alternative: marijuana. In a report released Friday by the New York State Department of Health after consultations with a range of state agencies, officials laid out a case to legalize recreational marijuana sales to help curb addiction to opioids, boost tax revenue, and end racial disparities in drug enforcement.

“The positive effects of a regulated marijuana market in NYS outweigh the potential negative impacts.”

“Studies have found notable associations of reductions in opioid prescribing and opioid deaths with the availability of marijuana,” the report’s authors found. “States with medical marijuana programs have been found to have lower rates of opioid overdose deaths.”

“The positive effects of a regulated marijuana market in NYS outweigh the potential negative impacts,” the 75-page study concludes. “Numerous NYS agencies and subject matter experts in the fields of public health, mental health, substance use, public safety, transportation, and economics worked in developing this assessment. No insurmountable obstacles to regulation of marijuana were raised.”

While the study began in January at the request of Democratic Gov. Andrew Cuomo, its recommendation to create one of the world’s largest legal cannabis markets is at odds with Cuomo’s official stance on the issue. As recently as February of 2017, he described marijuana as “a gateway drug.” But the governor appears to be softening that position in the face of growing legalization efforts in adjoining states and a primary challenge from Cynthia Nixon, who’s running against him on progressive platform that includes calls to legalize weed.

The numbers appear to be on legalization’s side. According to Friday’s study, legalizing recreational marijuana could lead to $1.7 billion in sales in the state, generating $200 million to $600 million in state and local tax revenue.

“Now that the report has been released and its conclusions presented, we are hopeful that the governor and the legislature can shift from the ‘if’ to examining the ‘how’ to legalize marijuana,” Chris Alexander of the Drug Policy Alliance, a legalization advocacy group, told Bloomberg.

Correction: This piece has been updated to reflect that Governor Cuomo’s comments on marijuana as a gateway drug happened in 2017, not 2018.