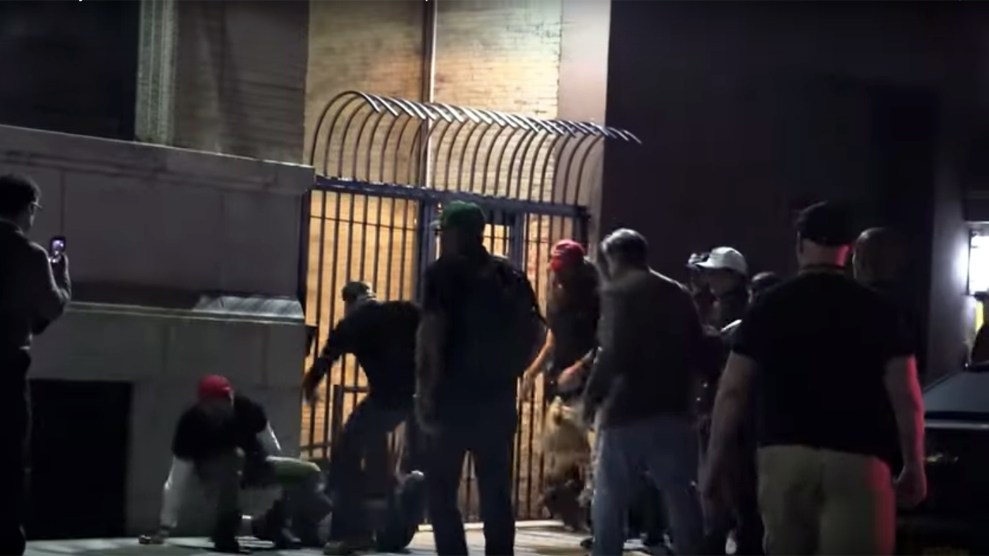 Last night, videos began circulating on Twitter of what appeared to be a pro-Trump gang inflicting violence on protestors after a Republican club event in New York City.

The incident occurred right after a Metropolitan Republican Club event featuring Gavin McInnes, founder of the Proud Boys, a far-right men’s group which describes itself as “anti-white guilt.” The Club building had been vandalized earlier that morning, possibly in protest of McInnes’ appearance.

This is one of those nights where things seem even more fucked up when editing/reviewing my photos. It wasn’t until I wanna editing that I realized how many fights were happening at once. pic.twitter.com/rRcXV5nXWJ

In an email, McInnes told HuffPost that one of the protesters actually started the fight. “I recognized one of them,” he said. “He stole a Proud Boys MAGA hat and was immediately tuned up.”

The New York Police Department told HuffPost reporter Christopher Mathias that while three people had been arrested near the event, they could not confirm if any of them were involved.