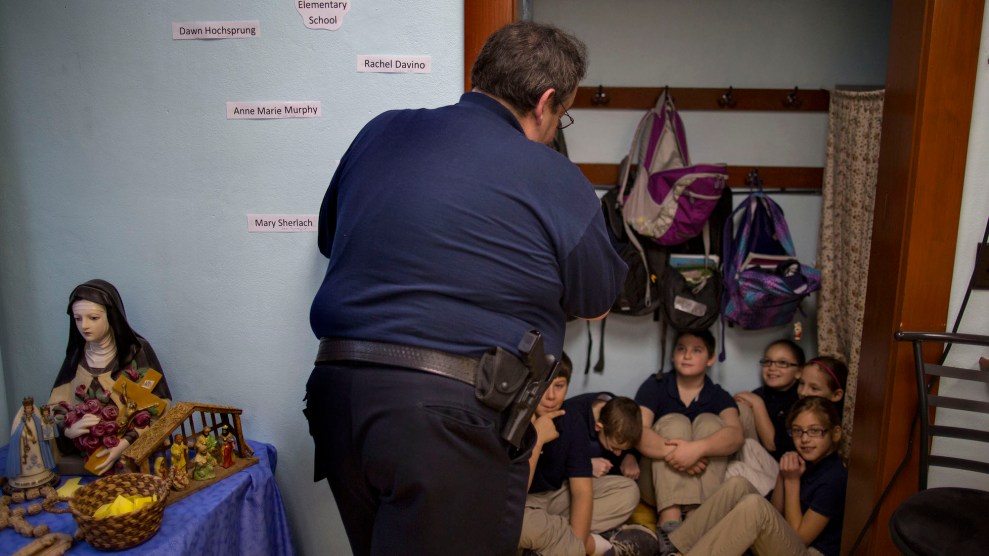 As the nation marks the one-year anniversary of the Parkland mass shooting, hundreds of psychologists and other experts in child development have signed an open letter calling for major policy action on gun violence. The group, which includes child psychologist and bestselling author Alison Gopnik, said it was sounding the alarm about the negative effects that the “constant threat of violence is having on the children of our nation.” They cited connections between gun violence exposure and long-term stress and issues like depression, anxiety, and post-traumatic stress disorder.

Celeste Kidd, one of the University of California-Berkeley psychology professors who wrote the letter, notes that the wider impact of gun violence on children is lesser known outside the psychology community.

“I hope this is the first step in a larger discussion about ways in which we might be able to help advocate for better protections for our kids,” Kidd says.

A recent Washington Post report estimated that more than 221,000 students have been exposed to gun violence at school since the Columbine massacre in 1999.

The full text of the letter follows below; also see Mother Jones‘ recent video report showing how lockdown drills are impacting American schoolchildren, in their own words.

In the wake of Sandy Hook, UC Santa Barbara, Oregon, Las Vegas, Parkland, and Thousand Oaks, children face the tangible threat of gun violence in the places that they should feel the most safe. The thousands of children who are shot each year aren’t the only victims. All children are harmed by the constant shadow of violence. One year after the Parkland shootings, little has changed. This must end.

We know from a large body of psychological, biological, and sociological research that stress and trauma carry enormous risks, especially when, like the threat of gun violence, they are unrelenting, uncontrollable, and chronic. These risks include depression, anxiety, and post-traumatic stress disorder. Constant threats of violence can impair children’s neurological, social, and cognitive development.

We are psychologists and developmental scientists sounding the alarm on the damage this constant threat of violence is having on the children of our nation. We are failing to protect our children, and we must do better, in the interest of our children’s right to life, liberty, and the pursuit of happiness.

We are calling for the following actions:

(1) National policies that require health care professionals to report patients with a propensity for violence to gun licensing agencies, just as they are required to report patients who can no longer drive safely to the Department of Motor Vehicles.

(3) Policies for safe storage of guns. Parents who own guns must invest in locked storage, so that their children cannot have unauthorized access.

(4) The removal of our financial support from assault weapons manufacturers.

(5) Public accountability for those who prioritize the financial needs of automatic weapon manufacturers over the safety and well-being of this nation’s children, from the manufacturers themselves to their lobbyists to the politicians who take their money.