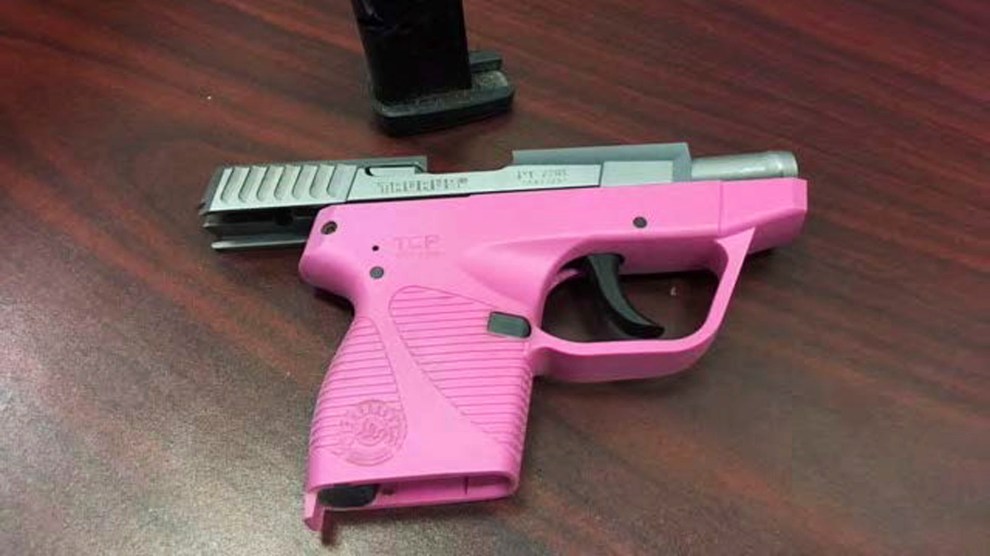 A gun confiscated by airport security in Atlanta in May 2018AP

The Transportation Security Administration discovered a record 4,239 guns in travelers’ carry-on luggage in 2018, according to annual figures released by the agency Thursday. The majority of the firearms, about 10 per day on average, were loaded. Hartsfield-Jackson International Airport in Atlanta, the nation’s second-busiest airport, topped the list for most guns seized with a total of 298. (August was a particularly busy month there, with 32 guns removed.) America’s busiest airport, Chicago’s O’Hare International, didn’t make the top 10 list.

The data may suggest a troubling trend: The total number of travelers that the TSA screened in 2018 increased by 5.5 percent compared to the previous year—but gun discoveries increased by a rate of more than 7 percent in the same period, raising the question of whether more people are packing heat to take on planes (whether knowingly or inadvertently). While the TSA called the recent increase in discoveries “a testament to the coordination and collaboration” of its employees and partners, it didn’t discuss whether the increase may be due to improved screening or a greater number of people bringing guns through the airport.

A CBS News investigation of the TSA data from 2017 revealed that nearly two-thirds of the people responsible for attempting to carry guns onto planes were white men.