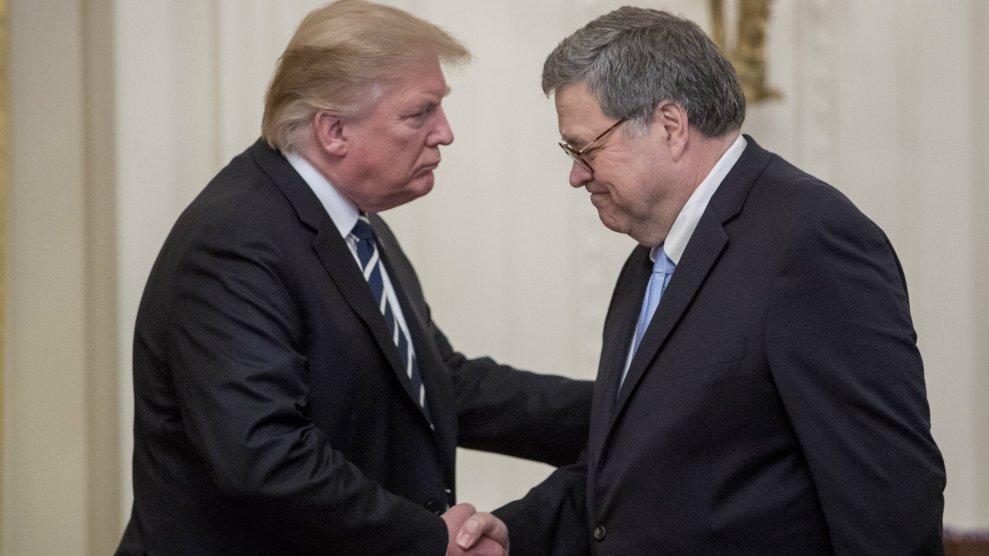 As the Trump administration rushes to carry out executions in its final days before President-elect Joe Biden is sworn in, the consequences of an unprecedented killing spree in the middle of a deadly pandemic are becoming more clear. Since July, eight executions have already taken place and five more are scheduled, with the last one planned for just five days before Inauguration Day.

Meanwhile, with more than 283,000 people dead and 15 million more infected, the United States has recently shattered records for infections, deaths, and hospitalizations from the coronavirus, as public health experts warn that the situation will only worsen until a vaccine is widely available. On Monday, the Associated Press reported that according to a court filing from lawyers representing inmates at the federal prison in Terre Haute, Indiana, the Department of Justice disclosed that staffers who were tasked with carrying out the executions have tested positive for the virus. On Tuesday, the ACLU circulated the court filing that revealed the exact numbers: Eight of 40 execution staffers tested positive after the November execution of Orlando Hall.*

This comes as no surprise. Because of crowded conditions and a population more likely to have underlying conditions that make them vulnerable to contracting COVID-19, prisons and jails have become hotspots for the disease, and federal prisons, where federal death row inmates are located, are no exception. The eight federal executions that took place this year have drawn hundreds of people—lawyers, witnesses, journalists, victims—into a virus hotspot at the federal penitentiary in Terre Haute, Indiana, where the death chamber is located. For months, public health experts have been warning about the risk of executions during a pandemic.

In September, I reported that the ACLU filed a lawsuit alleging that the execution spree may have led to an outbreak at the facility:

According to the documents the ACLU obtained through FOIA requests and discovery during a federal lawsuit, a US Bureau of Prisons’ staff member involved in carrying out the executions tested positive for the virus days before the first execution on July 14. The infected staff member had reported having “a lot” of contact with inmates and other staffers and did not always wear a mask while working. To make matters worse, BOP failed to test everyone who came into contact with the infected staff member and adopted a new policy that permits infected staff to return to work after just 10 days without symptoms and without being retested. Most public health experts recommend 14 days of quarantine.

And not just prison staffers are infected. The execution of Lisa Montgomery was rescheduled from December 8 to January 12 after her lawyers contracted coronavirus either traveling to or while visiting Montgomery at the Fort Worth, Texas, prison where she is being held. In another case, after serving as spiritual adviser to Orlando Hall, the first person to be executed during a lame duck period in more than 100 years, Yusuf Ahmed Nur contracted the coronavirus. “Shortly after the execution, I tested positive for COVID-19,” Nur wrote in a blog post this week. “I was not surprised. I knew when I went to Orlando’s execution that I was stepping into a high-risk environment.”

Anti-death penalty activists, advocates, and a massive group of prosecutors and DOJ officials have called on the Trump administration to halt the executions. “Many have tried for over forty years to make America’s death penalty system just,” a statement from 100 law enforcement officials read. “Yet the reality is that our nation’s use of this sanction cannot be repaired, and it should be ended.” Biden, who was once a proponent of the death penalty, has pledged to end the practice at the federal level and seek incentives to encourage the 28 remaining capital punishment states to follow suit.

But in this, as with everything else, there’s no sign that the incoming administration will influence the current one. On Monday, the Associated Press, reported that Attorney General William Barr defended the practice. “If you ask juries to impose [capital punishment] and juries impose it, then it should be carried out,” he said. Barr, who now finds himself at odds with the president after asserting there was no widespread fraud in the 2020 election, said he may schedule even more executions before leaving his post.

Correction: An earlier version of this article stated that the lawsuit was filed by the ACLU.