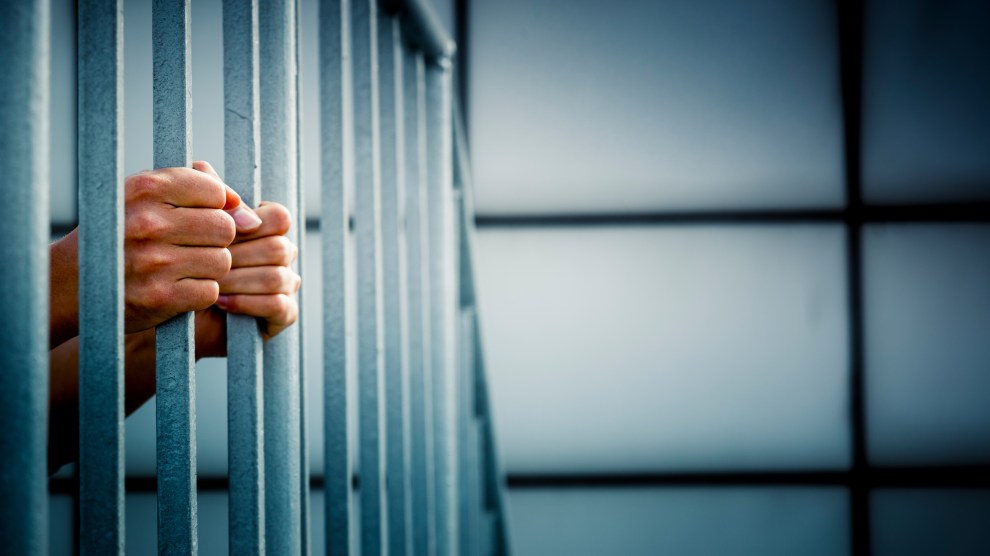 During his campaign, President Joe Biden pledged repeatedly to reduce the country’s prison population, which, because of racist policing and sentencing laws, is disproportionately composed of people of color. At one point, he said his administration could cut the number of incarcerated people by more than half, largely by investing in alternatives to prisons. Later he said he didn’t want to be bound by a percentage, but he reiterated that he hoped to drastically lower the number of people locked up.

But six months into his term, those promises are ringing hollow. The number of people in federal prisons is growing. And Biden’s legal team recently announced that thousands of people who were released early from federal prisons last year to slow the spread of the coronavirus could be forced to return again after the pandemic ends.

The day after his inauguration, more than 151,000 people were incarcerated in these prisons; today, more than 154,000 are.

“This is the most telling sign yet that this administration has criminal justice low on its list of priorities, despite the campaign promises to the contrary,” Rachel Barkow, an NYU law professor who served on the US Sentencing Commission under President Barack Obama, wrote on Twitter after the news broke. “I honestly don’t know how anyone who cares about criminal justice reform and works in this administration can stand by and let this happen.”

You might be wondering how it’s possible to send people back to prison after they’ve already been released, and the answer is somewhat complicated. The people in question are technically still in custody, serving the reminder of their sentences in home confinement or halfway houses instead of behind bars. They were allowed to leave federal prisons earlier than normal because of the pandemic: The virus spreads easily in overcrowded lockups, and federal lawmakers who passed the CARES Act wanted to protect older and medically vulnerable people who were not likely to commit crimes if they were freed. “All of them left with the idea that they were staying home,” Kevin Ring, president of the criminal justice reform group FAMM, told my colleague Madison Pauly during her investigation of this issue. “It wasn’t like the prison was saying, ‘We’ll see you back here in six months or nine months.’ No one thought that.”

But the Biden administration believes that many of these people who have not completed their sentences will be legally required to return to prison a month after the official state of emergency for the pandemic ends, according to a New York Times report on Monday. (The Trump administration took a similar position.) That decision could affect about 4,000 people who were convicted of nonviolent offenses and are now serving time in home confinement or halfway houses, according to officials who spoke to the Times on condition of anonymity. And though the state of emergency likely won’t lift this year because of rising Delta variant infections, it’s little consolation for people now contemplating being ripped away from their families once more. “It’s like waiting to be sentenced all over again,” Wendy Hechtman, who is serving a 15-year sentence for a drug crime, told the Times.

“If people are already out on home confinement, and they’re home with their families, and they’re not committing new crimes,” Inimai Chettiar, federal director for the Justice Action Network, told my colleague Madison previously, “then it does seem cruel and unnecessary and unreasonable to force the [federal Bureau of Prisons] to bring them back to prison.”

Not that there’s no hope for people like Hechtman. Congress could enact a another law that would allow the federal government to keep them out of prison. Or Biden could act by himself. Hechtman says she’s crossing her fingers that the president might use his vast commutation powers to shorten her sentence. On Monday, nearly two dozen organizations, including the American Civil Liberties Union and Amnesty International, also urged his administration to provide clemency to people like her who were released into home confinement under the CARES Act. “This is your opportunity to provide second chances to thousands of people who are already safely out of prison, reintegrating back into society, reconnecting with their loved ones, getting jobs and going back to school,” these groups wrote to him.

“This is the most telling sign yet that this administration has criminal justice low on its list of priorities, despite the campaign promises to the contrary.”

But convincing him might not be easy. According to the Times, Biden’s team is hesitant to issue a blanket, mass commutation because of the political risks involved if someone is released and then commits a serious crime. “I can’t begin to express my disappointment that the administration appears unwilling to use the clemency power to keep people out of prison who have already demonstrated they pose no threat,” Barkow added on Twitter.

The White House, meanwhile, insists it’s still dedicated to lowering the prison population. “President Biden is committed to reducing incarceration and helping people to re-enter society,” spokesperson Andrew Bates told the Times. “As he has said, too many Americans are incarcerated, and too many are Black and brown. His administration is focused on reforming our justice system in order to strengthen families, boost our economy and give people a chance at a better future.”

Yet if Biden is serious, he should look at the numbers in federal prisons, which aren’t trending in his favor. The day after his inauguration, more than 151,000 people were incarcerated in these prisons; today, more than 154,000 are. This increase “strikes me as pretty significant,” Douglas A. Berman, a law professor at the Ohio State University, wrote recently. (The federal prison population is just a small slice of the country’s total incarcerated population, which stood at 1.8 million last year, but it’s the slice that Biden’s administration has the most control over. And jail populations are rising again, too, after unprecedented drops in early 2020.)

It’s unlikely, Berman added, that any new Biden administration policies or practices accounted for the recent rise in the federal prison population. More people are probably being forced to start their prison sentences because vaccinations have eased infection rates in recent months. “That said, I hope I am not the only one watching this number closely,” he wrote. It will be “quite disappointing,” Berman added, if the federal prison population continues to increase, particularly because the coronavirus threat isn’t over: Currently, 180 people incarcerated in federal prisons are infected, and more than 43,000 have recovered. About 240 others died from COVID-19.

Unless Biden takes aggressive action, he probably won’t achieve his campaign pledge of cutting the prison population in half. As Nazgol Ghandnoosh, a senior researcher at the nonprofit Sentencing Project, explained recently, if Biden moves at the same pace he set as vice president with Obama, his ambitious goal could take nearly six decades to reach.

Unless we accelerate the pandemic-era reductions in the prison and jail populations, we won't end mass incarceration in our lifetime.

Decarcerating at the pre-pandemic rate, 1% annually, it will take 57 years to cut the U.S. prison population in half.https://t.co/b5QyBWp6Fy pic.twitter.com/3d1z1m44Hi