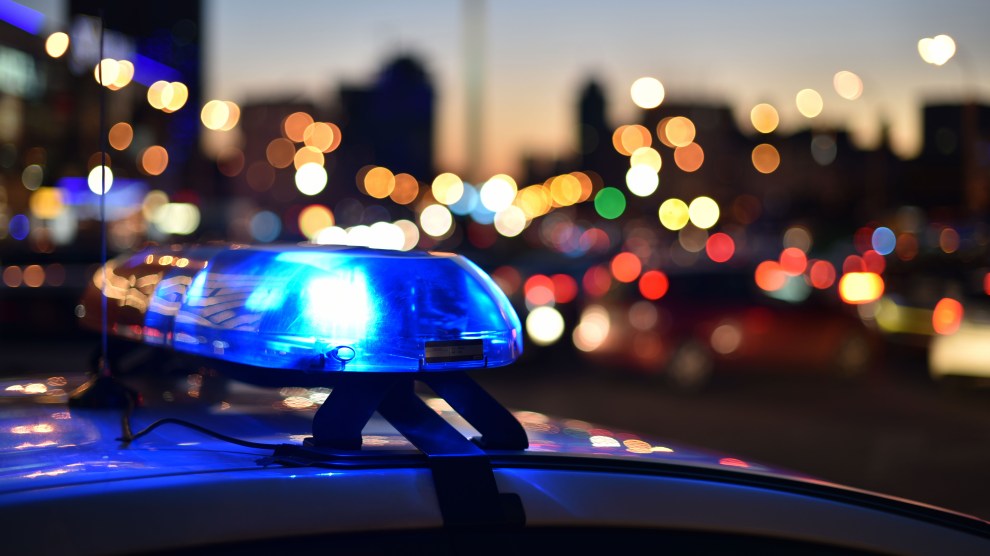 flashers of a police carChalabala/iStock/Getty

Over the past couple of years, many cities have started dispatching mental health clinicians in response to certain 911 calls instead of the cops. One of the main goals behind this strategy is to reduce police killings of people who are experiencing mental health crises—and as I’ve written previously, that’s been fairly successful, since the health clinicians aren’t armed like law enforcement are. Now, a new study in Denver suggests the strategy might be making cities safer in another way: by reducing crime.

The study, published in Science Advances, examined the results of Denver’s new Support Team Assistance Response (STAR) program, which sends mental health clinicians and paramedics to 911 calls involving people who aren’t violent but are accused of things like public intoxication, indecent exposure, trespassing, and drug use. The program launched as a pilot in June 2020, as people around the country were protesting the murder of George Floyd. Over the next six months, the clinicians responded to 748 incidents.

Some of that change can be explained by the fact that police weren’t responding to so many of these calls anymore—the medical workers were—which meant that even if there were a low-level crime taking place, the cops wouldn’t be there to record it in their data and arrest the person. But not all of the change can be explained by that fact. The researchers believe that a fairly significant chunk of the reduction in reported crimes was due to a drop in actual crime.

What makes them think so? As I mentioned earlier, STAR only responds to certain types of 911 calls. The researchers knew that before STAR launched, each of those 911 calls led to an average of 1.4 criminal offenses recorded by the police. Based on that, and given how many incidents STAR responded to, the medical workers should have caused a reduction of about 1,000 reported crimes over six months. But instead there was a reduction of nearly 1,400 reported crimes, many more than expected. This, the researchers wrote, “suggests that the STAR program reduced actual crimes,” possibly by connecting people with mental health care that made them less likely to have another crisis in public or become a repeat offender.

STAR did not seem to have an effect on more serious crimes, things like burglaries and shootings that the medical workers weren’t tasked with responding to. And that’s important, too: Some skeptics of the program had worried that if the police weren’t cracking down on low-level offenses like trespassing, then criminals would be emboldened to violate the law in bigger ways. “Under the broken windows theory, less police enforcement of low-priority criminal violations will increase the prevalence of more serious and violent offenses being recorded,” the researchers wrote. “Our evidence suggests that this was not the case in Denver’s treated precincts.”

“[P]roviding mental health support in targeted, nonviolent emergencies can result in a huge reduction in less serious crimes without increasing violent crimes,” Dee, one of the researchers, summed up in a statement.

Meanwhile, there was another big benefit to the program: It saved money. The city spent about $151 each time the STAR team responded to an offense during the six-month period, according to the researchers. By contrast, had the police responded and proceeded with an arrest, the resulting prosecution and jail time would have cost $646 on average. It’s possible the program could also make the police better at their jobs: When cops don’t have to respond to so many low-level calls, they have more time to investigate violent crimes like rape and murder. As researcher Dee put it in a statement: “These results are extraordinarily promising.”

Denver is one of many cities experimenting with this strategy. For a deeper dive on how it’s working in San Francisco, read my latest investigation, “The Alternative to Police That Is Proven to Reduce Violence.”