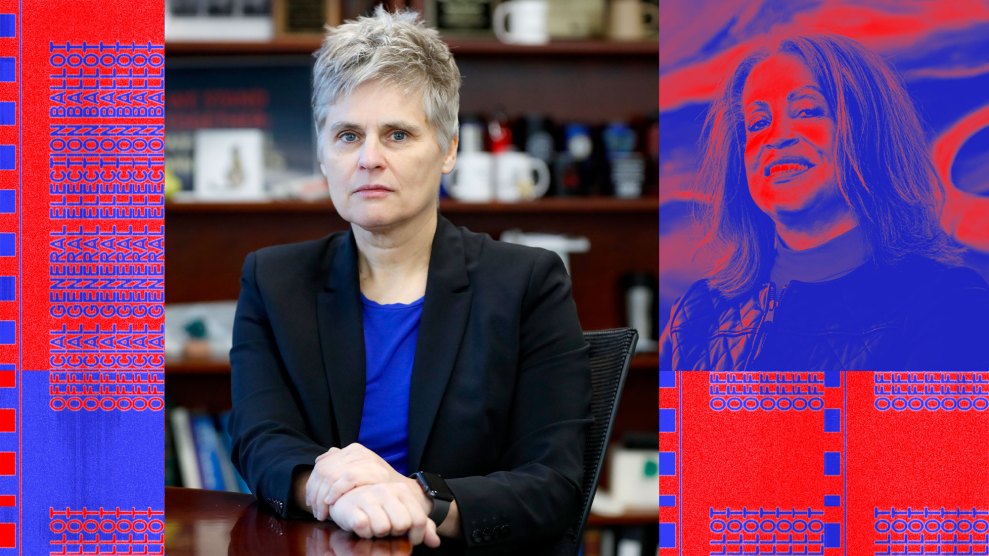 The next top prosecutor for Minneapolis and greater Hennepin County will be the former public defender Mary Moriarty, who was elected Tuesday according to local reports over former prosecutor and judge Martha Holton Dimick. She’ll take over for outgoing County Attorney Mike Freeman, who came under fire for his handling of high-profile cases of police violence during his tenure. It is the first time Minneapolis has chosen a district attorney since the murder of George Floyd.

I am honored to serve as the next Hennepin County Attorney. pic.twitter.com/7ZNsCbIasF

As I wrote about earlier this year in a deep dive collaboration on the race with Bolts Magazine, Moriarty and Holton Dimick’s approaches to the criminal justice system are diametrically opposed and embody two sides of a debate that have divided Minneapolis since Floyd’s murder in the summer of 2020.

The former chief public defender for the county, Moriarty is a reformer in the vein of progressive prosecutors who have taken power in locales around the country. She says that while more punitive “tough-on-crime” measures may seem like the right remedies, they’re counterproductive for true public safety. She also spoke of creating a publicly-accessible “do not call list,” in which attorneys in her office would be forbidden from calling police officers known to lie under oath as witnesses.

Holton Dimick, who worked in the Hennepin County Attorney’s office under now-Senator Amy Klobuchar, took the traditional law and order lane. She blamed “defund the police” for emboldening criminals, promised to crack down on “dangerous felons,” and sought and received an endorsement from the Minnesota Police and Peace Officers Association.

In many ways the campaign served as a proxy war in a continuing political battle over the future of policing and prosecution in the city that began in the 2021 municipal elections, when a city charter amendment to overhaul the police department was not adopted by voters. Holton Dimick often reminded constituents she voted against the ballot measure. She was supported by Minneapolis Mayor Jacob Frey, who ran against the amendment in 2021, and the district’s congresswoman Ilhan Omar’s August primary challenger Don Samuels, the most public face of opposition to the ballot measure. Moriarty did not say how she voted on the ballot measure but she was supported by some of the same organizations and politicians who backed it, like Omar and Minnesota Attorney General Keith Ellison.

As Malaika Eban, Deputy Director of the Legal Rights Center, put it to me, the Hennepin County Attorney’s race functioned as, “a referendum on what we want to do as a community moving forward since George Floyd was murdered.”

The community has spoken, and they’ve chosen a longtime public defender and outspoken critic of the office and the penal system more broadly, to helm it. As the tenures of other progressive prosecutors have shown, the real challenge begins now.