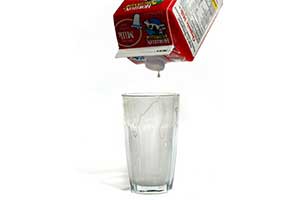 Mark Kastel’s motto these days is “Be careful what you ask for—you might actually get it.” The long-time organic foods activist fought hard for the passage of the 1990 Organic Food Production Act. He believed that replacing the hodge-podge of voluntary and state regulations that until then had governed organic agriculture, with oversight by the U.S. Department of Agriculture, would offer organic farmers clear, uniform standards and guarantee consumers healthy, eco-friendly products. Instead, the maddening bureaucracy and pro-agribusiness policies that plague the USDA’s oversight of conventional agriculture have come to bear on organic farming as well.

Nowhere has this been clearer than on the issue of access to pasture. The agency has refused to clarify or enforce its own regulations requiring that organic dairy cows be raised on pasture rather than densely packed in feedlots. This is despite the repeated recommendations of its own advisory body, three formal complaints, and the comments of over 40,000 farmers, not to mention two lawsuits filed by the Cornucopia Institute, a family-farm research and advocacy group Kastel co-founded in 2004. Objections to the USDA’s inaction focus on three dairies that claim to produce organic milk—which can sell for up to twice the price of the non-organic kind—yet are strikingly similar in scale and operations to conventional factory dairies, where cows are kept in pens and fed from troughs. “They really enjoy having that organic seal,” says Kastel, “but what’s behind it is really questionable.”

The farms are associated with Horizon and Aurora, the two biggest organic dairy labels in the country. Horizon, which operates two farms and buys from more than 300 independent farmers, commands a 55 percent market share of the $1.27 billion annual business. Aurora Organic, with a 10 percent market share, operates two farms and sells its milk under store labels in every part of the country.

Organic milk is one of the few agricultural products for which demand outpaces supply. In recent years, major food corporations have entered the organic market, lured by the industry’s rapid growth and high profit margins. The Organic Consumers Association, a non-profit group representing organic consumers and businesses, has expressed alarm at “the spread of lower quality products being labeled organic to meet the increasing consumer demand for organic.”

The three controversial farms have about 4,000 cows each, while an average organic dairy farm has between 50 and 100. Horizon—the first organic dairy brand, which in 2003 became a subsidiary of the nation’s largest milk bottler, Dean Foods—operates a 4,000-cow farm in Paul, Idaho. Horizon buys 5-10 percent of its milk from Case Vander Eyk, Jr.’s 8,000-cow split organic/conventional farm in California. Mark Retzloff, one of Horizon’s founders, later started Aurora Organic, opening another factory farm in Platteville, Colorado. When Kastel, a former family-farm consultant, visited the Aurora farm last year, he found only about 85 cows out grazing.

Although the USDA’s organic regulations—finally adopted in 2001, 11 years after the original bill passed—require that cows have “access to pasture” and derive part of their nutrition from it, they fail to provide any benchmarks for evaluating whether cows have significant access to nutritious pasture. Making matters worse, the standards create room for confusion by permitting cows to be temporarily confined in circumstances such as illness and certain “stages of production”—a reference to basic life events like birth and, for beef cattle, slaughter. The USDA’s advisory body, the National Organic Standards Board, was already aware in 2001 that Horizon was defining “lactation,” or milk-production—which amounts to almost half a dairy cow’s life—as a “stage of production” justifying confinement. It also knew that Retzloff was gearing up to open another huge farm, so it immediately sought to exclude lactation as a rationale for confinement.

Horizon and Aurora have more recently defended their cows’ infrequent grazing by pointing to the arid lands on which their farms sit, claiming that neither the land nor the cows would benefit from extensive grazing. But their critics say the companies stint on pasture time simply to save money. (It’s cheaper to keep cattle in feedlots.) Both companies acknowledge that their vision for organic dairy includes larger, more productive operations. Kelly Shea, a Horizon vice president, told Mother Jones, “We thought you could do it big, and it’s been an amazing success story.” Retzloff maintains that “some people want organic dairy to stay a tiny niche industry, but we’re trying to stimulate the growth so that more Americans can enjoy organic products.” But Ronnie Cummins, executive director of the Organic Consumers Association, says, “[Y]ou can’t run a 3,000-4,000 cow dairy in a semi-arid region and give them access to pasture.”

In early 2005, the Cornucopia Institute stopped waiting for the USDA to halt the proliferation of factory-scale organic dairies. The USDA had failed to take any action on the NOSB’s 2001 recommendations—outgoing NOSB chair, Jim Riddle, says, “We had identified a list with very specific language…. Those have never been adopted”—and so the Cornucopia Institute three legal complaints with the USDA’s compliance division, demanding that the USDA enforce existing pasture requirements at Aurora, Horizon and the Vander Eyk farm. The complaints presented evidence—including photographs and former-employee testimony—that the dairies were confining cows.

The day of Cornucopia’s filing, Richard Matthews, then the manager of the USDA’s organic division, requested that an updated version of the 2001 guidance document be presented at the next meeting. That meeting, in February 2005, had record attendance, drawing farmers from around the country. OCA presented a petition, signed by 4700 consumers, calling on Horizon and Aurora to “abandon their factory farm feedlot strategy.” This time, the NOSB was proposing a rule change—the limit of its advisory mandate—that would have replaced the vague phrase “access to pasture” with a requirement that cows “graz[e] pasture during the growing season.” This would have banned milk-production as a rationale for confining cows.

Despite having expressed interest in the document, the USDA in August rebuffed the NOSB’s recommendations, calling them “ambiguous and without clear regulatory intent.” The same month, the Cornucopia Institute received a notice from the USDA stating that its complaints against Aurora, Horizon, and the Vander Eyk farm had been dropped. The agency provided no explanation, suggesting instead that Cornucopia file a Freedom of Information Act (FOIA) request to discover the USDA’s rationale.

Kastel didn’t hesitate to do so. The documents he received included a copy of an email to the compliance officer handling the case from Neil Blevins, Deputy Administrator for Compliance, Safety and Security, stating that the Deputy Administrator of Transportation and Marketing Programs of the Agricultural Marketing Service—a woman named Barbara Robinson, who also oversees the entire organic program—was requesting that the compliance division close its investigation into the Horizon and Aurora farms because the NOSB was recommending changes to the regulations in question. But the NOSB transcripts make very clear that the Board was trying to eliminate the very violations Robinson refused to investigate. This is what finally led Cornucopia to sue the USDA, charging that its enforcement was “arbitrary and capricious.”

The friction between the NOSB and the USDA is unusual, because the fifteen members of the NOSB, who notionally represent farmers, scientists, retailers and consumers, are appointed by the USDA. Former members of the Board said that its relations with the USDA are generally smooth. But tensions continued to mount over the pasture issue. After the failed March meeting, the NOSB again proposed a rule change—this time including quantifiable pasture requirements—and requested a meeting to adopt the changes that November. The USDA agreed to a meeting but refused to put the pasture issue on the agenda. Riddle managed to pass the Board’s recommended changes, but as a “draft” with no legal standing. After the meeting, Riddle says Robinson—who had been out in the hall, chatting with lobbyists while farmers gave their testimony?”got in my face and said, threateningly, ‘I told you not to do this!'”

Despite an unprecedented level of public comment on the pasture issue, the USDA convened the Dairy Pasture Symposium (link) last week to gather yet more input. Kastel, reached at the symposium, reported that “there wasn’t anything here that wasn’t widely known and had been testified about for 5 years…but it was valuable information.” He did feel that the invited participants were heavily slanted toward agribusiness. Kastel was suspicious enough of the USDA’s motives for stonewalling on the pasture issue to file another FOIA request in August, demanding to know who the USDA has consulted on the pasture issue. The USDA, despite a 20-day limit on responding to FOIA requests, never responded to Kastel’s repeated requests, prompting Cornucopia to file suit for the second time just before the symposium, on April 12.

But others are more resigned to the USDA’s favoritism. “It’s business as usual. That’s the way USDA works at higher levels,” says Riddle. “It’s responsive to agribusiness, not to small farmers or consumers, and these are the people who are demanding the pasture standard be enforced.” George Siemon, head of the CROPP cooperative—the producers of Organic Valley products—says the co-op’s small farmers “feel that they shouldn’t be held to a standard that others who already have benefits of scale aren’t.”

Cummins thinks the USDA is disinclined to do anything that might threaten the supply of organic milk. “There’s a huge demand for organic products which has caused a shortage in supply because our public policy doesn’t help farmers make the transition [to organic]. So you either lower the standards or import from overseas.”

Robinson admits that she is hesitant to make changes to the regulations, because, she says, the entire organic program—with its ultimate ideals of healthy nutrition and environmental sustainability—is a “marketing program,” “not a health and safety” one. Asked what she hoped to learn from the symposium, she mentioned “what kind of issues farmers and certifiers will confront in the field” and “how will it affect farmer’s bottom lines.” Interestingly, Robinson’s view of the organic label as a money-making proposition, rather than a new paradigm, is similar to the motivations Kastel ascribes to large agribusinesses, like Dean Foods, which have entered the organic industry in the last few years.

It was, after all, the 1950s Secretary of Agriculture Ezra Taft Benson who demanded that farmers “Get big or get out.” Organics have offered salvation for many farmers caught between the harsh realities of this dictum. Indeed, fear that the organic market will replicate conventional agriculture’s binge of corporate consolidation offers the best explanation for the bitter fight over pasture requirements when virtually all parties agree that, in Siemon’s words, “cows should be out grazing.”