Dutch photographer Jan van Ijken spent the past several years watching humans interact with animals in a range of settings—from research labs and factory farms to exotic bird shows. The result is a series of remarkable images documenting the shifting and ambivalent ways we value other creatures. 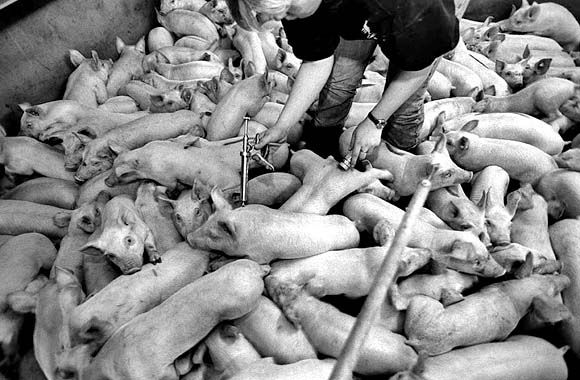 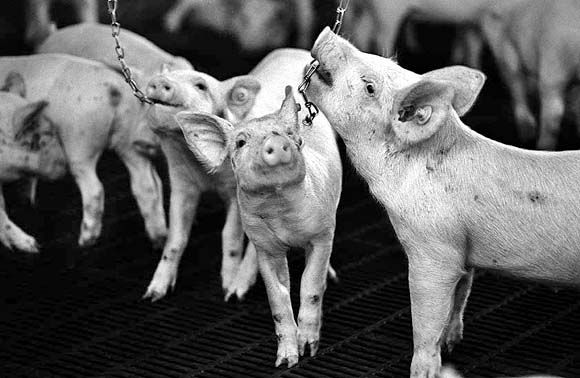 To keep them from biting each other, pigs are given chains to chew. 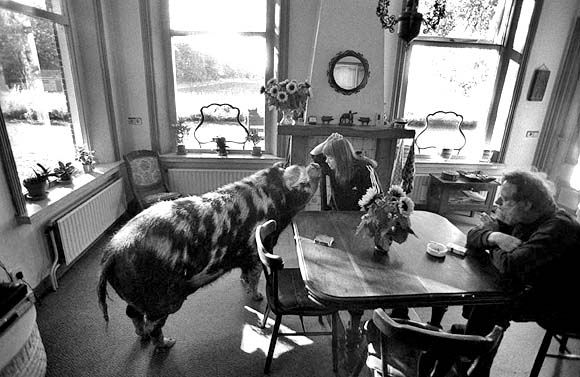 A 9-year-old sow at “Hog Heaven,” a project that connects people with pigs. 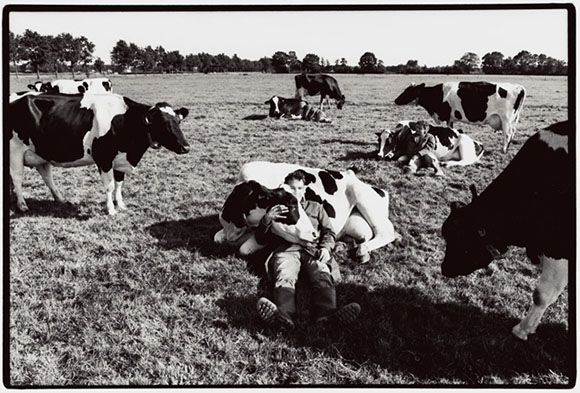 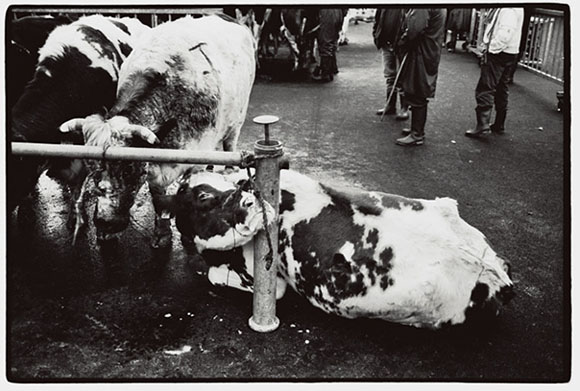 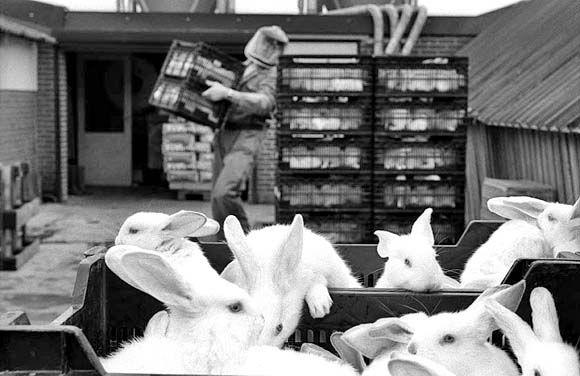 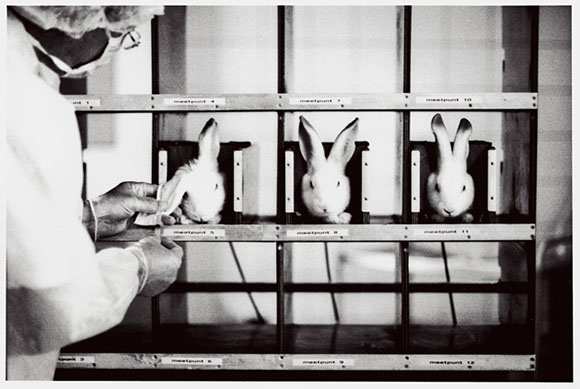 Injecting rabbits with vaccines in a research lab. 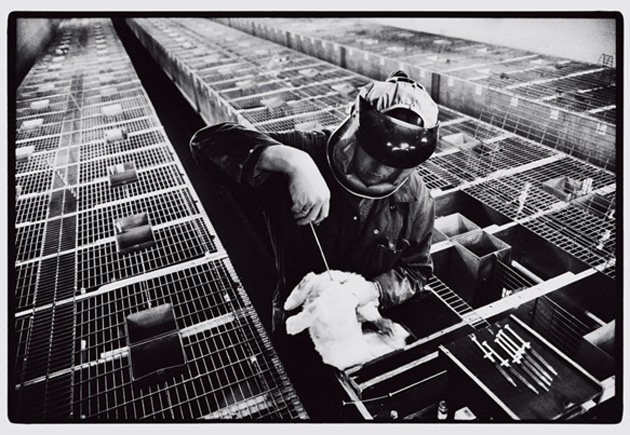 Artificially inseminating a rabbit. A breeding farm can produce 100,000 rabbits a year. 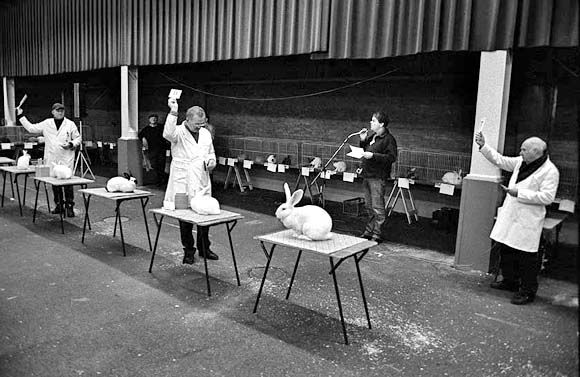 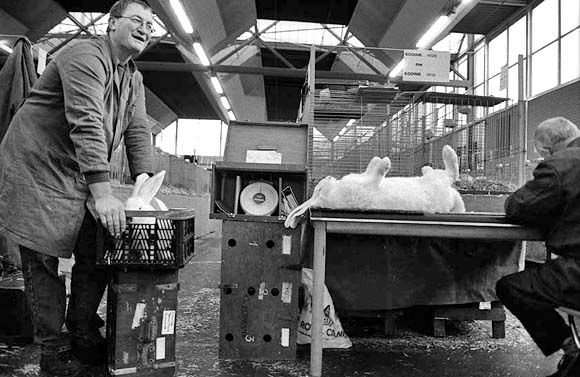 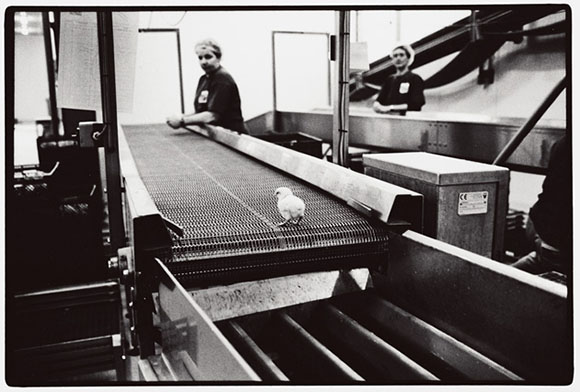 Poultry plant workers examine chicks for defects. (This one passed.) 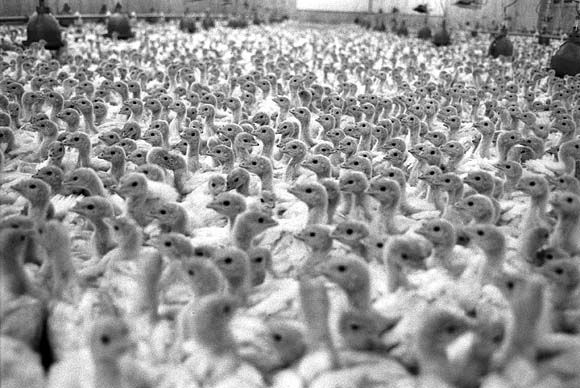 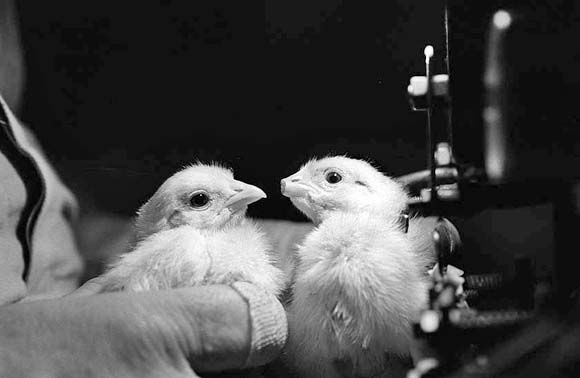 Chicks’ beaks are clipped to prevent them from pecking at each other. 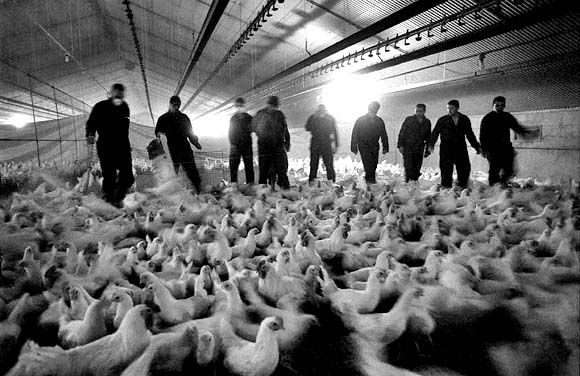 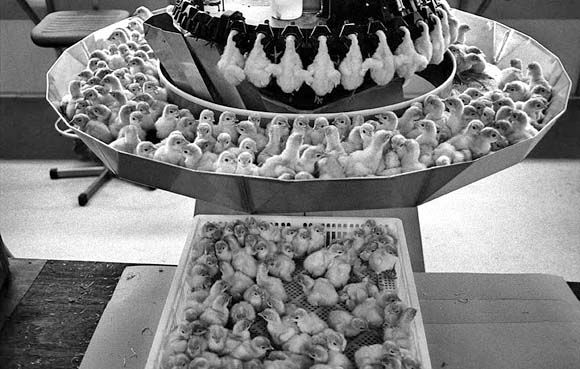 Considered more humane than singeing, chicks’ beaks are removed with an infrared beam.

Newly hatched ducklings on a conveyor belt. This plant handles 35,000 ducklings a day. 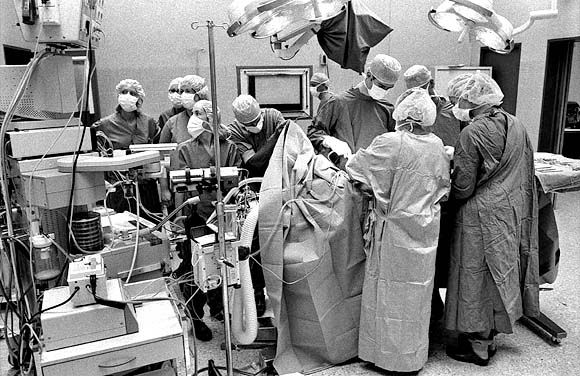 Operating on a cat. 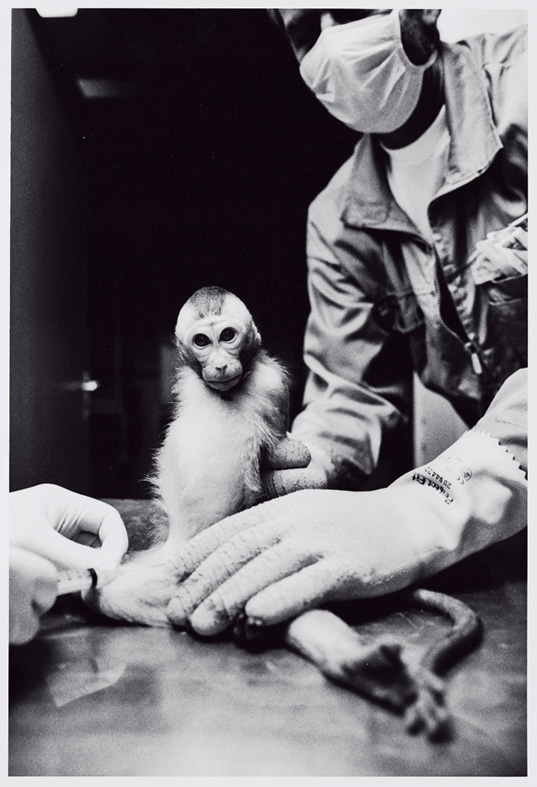 Drawing blood from a macaque monkey in a vaccine lab. 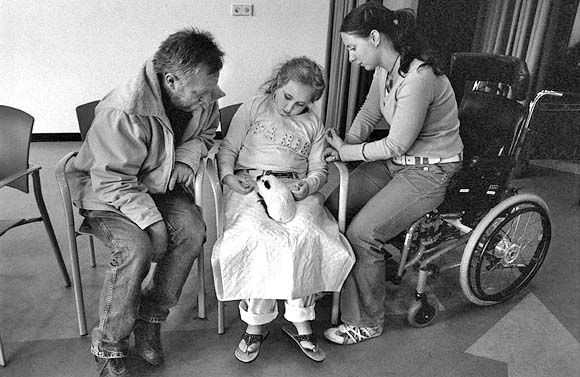 A sick child gets a visit from a guinea pig. 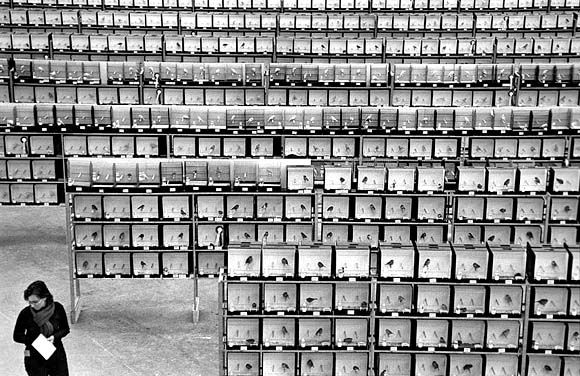 11,000 pedigreed birds are displayed at this annual show.

Attending to a rescued seal. 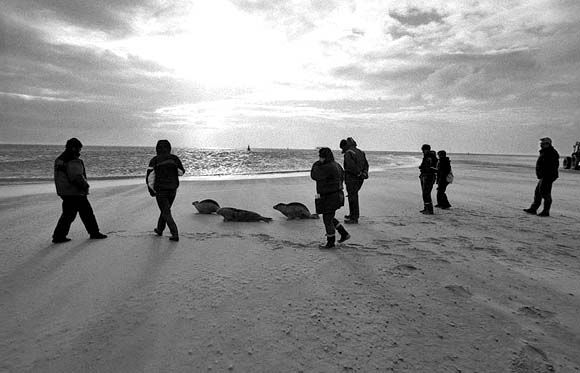 Rescued seals are released into the ocean. 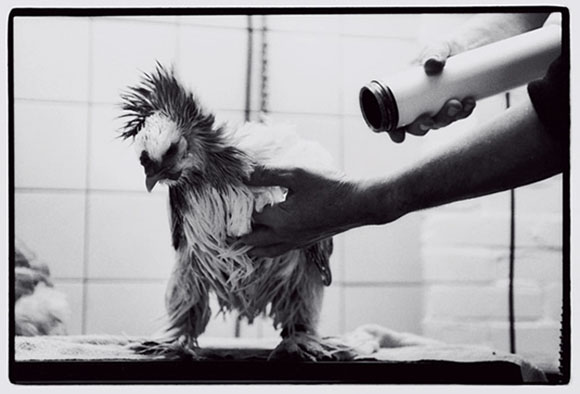 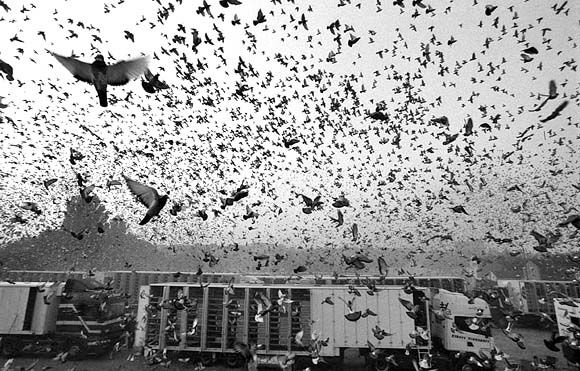 Over 120,000 homing pigeons are released to celebrate the 75th anniversary of the Netherlands Homing Pigeon Keepers Association.