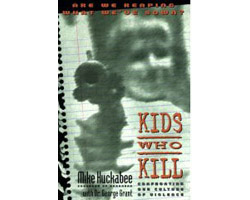 At the last Republican presidential debate, former Arkansas governor Mike Huckabee, who had surged into the lead in the Iowa polls, pitched himself as the potential president who could unite a nation divided. “I think the first priority of the next president is to be a president of all the United States,” he said. “We are right now a very polarized country, and that polarized country has led to a paralyzed government. We’ve got Democrats who fight Republicans, liberals fighting conservatives, the left fights the right. Who’s fighting for this country again?…We’ve got to be the united people of the United States.”

In the days before this debate, Huckabee, a former Baptist minister, was hit with questions regarding his past remarks and positions on religion (in 1998 he said, “I hope we…take this nation back for Christ”), on AIDS (in 1992 he proposed that people with the disease be quarantined), and on the role of women in society (in 1998 he endorsed an ad affirming the Baptist teaching that a “wife is to submit herself graciously to the servant leadership of her husband”). And Huckabee was obviously trying to come across as a friendly and reasonable fundamentalist who eschewed the politics of division. But not too long ago, Huckabee was quite willing to be divisive. In a 1998 book decrying American culture, Huckabee was no seeker of common ground. He drew stark lines, equating environmentalists with pornographers and homosexuality with pedophilia and necrophilia. He also declared that people who do not believe in God tend to be immoral and to engage in “destructive behavior.” He drew a rather harsh picture of an American society starkly split between people of faith and those of a secular bent, with the latter being a direct and immediate threat to the nation.

The book, Kids Who Kill: Confronting Our Culture of Violence, was hardly a call to come together. Huckabee wrote it with George Grant in response to the March 24, 1998, school shooting in Jonesboro, Arkansas. The book was published in early June of that year, its cover featuring a blurry photograph of a young boy pointing a gun at the reader.

In Kids Who Kill, Huckabee argued that school shootings were the product of a society in decline, a decline marked (and caused) by abortion, pornography, media violence, out-of-wedlock sex, divorce, drug use, and, of course, homosexuality. Huckabee and his coauthor bemoaned the “demoralization of America,” observing, “Despite all our prosperity, pomp, and power, the vaunted American experiment in liberty seems to be disintegrating before our very eyes.” Huckabee, who was governor at the time and a well-known social conservative, blasted away at those whom he held responsible for America’s ills, and he took a rather tough stand against government social programs and their advocates. In lamenting the “cultural conflicts” besetting the country, he wrote,

Why was he lumping environmentalism with activities he considered sinful? He did not explain further. A few pages later, Huckabee complained,

It is now difficult to keep track of the vast array of publicly endorsed and institutionally supported aberrations—from homosexuality and pedophilia to sadomasochism and necrophilia.

Huckabee did not say what public endorsement of pedophilia or necrophilia he had in mind. But he did seem to be equating homosexuality with both.

Throughout the book, Huckabee warned of going soft on immorality. He slammed those Christians who accept a “misguided version of ‘tolerance'” and do not voice outrage at cultural deterioration. Mocking such Christians, he huffed, “We don’t want to offend anyone.” He denounced what he termed “radical ideological secularism,” and he declared, “in the name of civil liberties, cultural diversity, and political correctness, a radical agenda of willy-nilly moral corruption and ethical degeneration has pressed forward.” Without identifying any secularists by name, he wailed,

The legal commitment of ideological secularism to any and all of the fanatically twisted fringes of American culture—pornographers, gay activists, abortionists, and other professional liberationists—is a pathetically self-defeating crusade that has confused liberty with license.

This is not the rhetoric of a fellow looking to heal divisions within American society. And Huckabee approvingly quoted a “pastor-patriot” of the early 1800s who said, “Every considerate friend of civil liberty, in order to be consistent with himself, must be the friend of the Bible.” That’s a rather fundamentalist definition of a civil libertarian.

In Kids Who Kill, Huckabee addressed the decline of manners and civil discourse in American life. He favorably cited the trenchant analysis of the modern media culture that Neil Postman, a liberal critic, presented in his book Amusing Ourselves to Death. Huckabee argued that the entertainment industry “is conditioning kids to kill.” But he also groused about unnamed “modern government-sponsored social engineers,” claiming that “virtually every dollar poured into” government social programs “has only made matters worse.” With such a remark, he was planting himself firmly in the government-is-the-enemy camp.

Elsewhere in the book, Huckabee denounced no-fault divorce and claimed that “equality in the workplace has ironically worked against women in innumerable ways.” Looking for an expert on this matter, he pointed to a 19th-century author named Peyton Moore, who once noted, “Whenever we attempt to muddy the distinctions—the God-given distinctions—between men and women, it is always the women who ultimately lose.” He didn’t say that women should stay at home. But he heaped scorn on those who advocate workplace equality for women.

So what to do about a culture that breeds kid killers? Faith is more important than policy or politics, Huckabee argued. The “Judeo-Christian religion,” he wrote, states “that faith counteracts the destructive effects of sinful actions and activities.” That’s what you would expect a religious-minded person to believe. But Huckabee went further and declared that nonbelievers tend to be evildoers:

Men who have rejected God and do not walk in faith are more often than not immoral, impure, and improvident (Gal. 5:19-21). They are prone to extreme and destructive behavior, indulging in perverse vices and dissipating sensuality (1 Cor. 6:9-10). And they—along with their families and loved ones—are thus driven over the brink of destruction (Prov. 23:21).

Huckabee is certainly entitled to his religious beliefs and his own view of human nature. He is free to think that nonbelievers cannot be trusted. But should Huckabee be allowed to play both sides of the pulpit? Kids Who Kill presented a black-and-white perspective: environmentalists, homosexuals, civil libertarians, supporters of social programs, advocates of workplace equality, and nonbelievers are on the dark side and allied with the forces of decline; people who believe in the Bible are the decent Americans. In 1998, Huckabee was claiming a religion-oriented cultural war was under way in the United States and he was happy to be a warrior for his side. Now he says he wants to bring together a “polarized” society. His 1998 book—full of unforgiving rhetoric—indicates that Huckabee is more comfortable creating divides than bridging them.