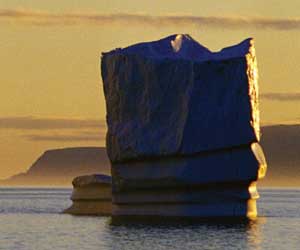 There are times in the history of our nation when our very way of life depends upon dispelling illusions and awakening to the challenge of a present danger. In such moments, we are called upon to move quickly and boldly to shake off complacency, throw aside old habits, and rise, clear-eyed and alert, to the necessity of big changes. Those who, for whatever reason, refuse to do their part must either be persuaded to join the effort or asked to step aside. This is such a moment. The survival of the United States as we know it is at risk. And even more—if more should be required—the future of human civilization is at stake.

Our economy is in terrible shape and getting worse. Gasoline prices have been increasing. Jobs are being outsourced. Home mortgages are in trouble. Banks, automobile companies, and other institutions we depend upon are under growing pressure. The war in Iraq continues, and now the war in Afghanistan appears to be getting worse.

Meanwhile, the climate crisis is growing more dire—much faster than predicted. Scientists with access to data from Navy submarines traversing beneath the north polar ice cap have warned that there is now a good chance that within five years it will completely disappear during the summer months. And by the way, our weather sure is getting strange, isn’t it?

Yet when we look at these seemingly intractable challenges, we can see the common thread running through them. Our dangerous overreliance on carbon-based fuels is at the core of all of these challenges—the economic, environmental, and national security crises. We’re borrowing money from China to buy oil from the Persian Gulf to burn it in ways that destroy the planet. Every bit of that’s got to change.

If we grab hold of that common thread and pull it hard, all of these complex problems will begin to unravel and we will find that we’re holding the answer to all of them right in our hands. The answer is to end our reliance on carbon-based fuels.

But to make this exciting potential a reality, we need a new start. That’s why I’m proposing a strategic initiative designed to regain control of our own destiny. It’s not the only thing we need to do. But it’s the linchpin of a new strategy to repower America. I challenge our nation to commit to producing 100 percent of our electricity from renewable energy and truly clean carbon-free sources within 10 years. This goal represents a challenge to all Americans, in every walk of life: political leaders, entrepreneurs, innovators, engineers, and every citizen.

A few years ago, it would not have been possible to issue such a challenge. But the sharp cost reductions beginning to take place in solar, wind, and geothermal power—coupled with the recent dramatic price increases for oil and coal—have radically changed the economics of energy.

Of course there are those who will tell us this can’t be done. Some are the defenders of the status quo, those with a vested interest in perpetuating the current system, no matter how high a price the rest of us will have to pay. But even those who reap the profits of the carbon age have to recognize the inevitability of its demise. As one opec oil minister observed, the Stone Age didn’t end because of a shortage of stones.

We should speed up this transition by insisting that the price of carbon-based energy include the costs of the environmental damage it causes. I have long supported a sharp reduction in payroll taxes with the difference made up in CO2 taxes. We should tax what we burn, not what we earn. This is the single most important policy change we can make.

America’s transition to renewable energy sources must also include adequate provisions to assist those Americans who would unfairly face hardship. We should guarantee good jobs in the fresh air and sunshine for any coal miner displaced by impacts on the coal industry.

To those who argue that we do not yet have the technology to accomplish these results: I ask them to come with me to meet the entrepreneurs who will drive this revolution. To those who say the costs are still too high: I ask them to remember that when demand for oil and coal increases, the price goes up. When demand for solar cells increases, the price often comes down. To those who say the challenge is not politically viable: I suggest they go before the American people and try to defend the status quo. Then bear witness to the people’s appetite for change.

A political promise to do something decades from now is universally ignored because everyone knows it is meaningless. But 10 years is about the time that we as a nation can hold a steady aim and hit our target. When President John F. Kennedy challenged our nation to land a man on the moon and bring him back safely in 10 years, many people doubted we could accomplish that goal. Eight years and two months later, Neil Armstrong and Buzz Aldrin walked on the surface of the moon.

That was 39 years ago, and since then, many Americans have begun to wonder whether we’ve lost our appetite for bold policy solutions. Folks who claim to know how our system works these days have told us we might as well forget about our political system doing anything bold, especially if it is contrary to the wishes of special interests.

I’ve got to admit, that seems to be the way things have been going. But I’ve begun to hear different voices in this country from people who are tired of baby steps and special interest politics. So I ask you to join with me to call on every candidate, at every level, to accept this challenge—for America to be running on 100 percent zero-carbon electricity in 10 years. This is a generational moment. We need to act now.