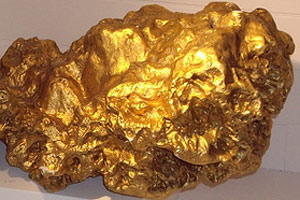 Estimated value of minerals mined from public lands since 1872: $408 billion

Minimum number of times legislation to require royalties or leasing fees has been beaten back in Congress: 14

Amount mining companies save annually due to a tax break on income from public lands: $327 million

Estimated worth of the gold on that land: $10 billion

Portion of all toxic waste released in the US in 2006 that came from mines: 1/3

Factor by which metal mines emit more mercury than all other industries combined: 9

Amount of waste produced by mining the gold for a single wedding band: 20 tons

Estimated cost of cleaning up the 500,000 abandoned mines in the US: at least $32 billion