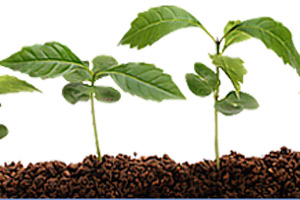 H. Leighton Steward’s best-selling book, Sugar Busters! Cut Sugar to Trim Fat, advocates weaning Americans from candy bars and other sweets. But the autodidact and retired oil executive draws the line when it comes to putting the country on a carbon diet. His recent self-published book, Fire, Ice and Paradise, describes CO2 emissions as an important part of our environmental food pyramid. Carbon, it explains, is not “a significant driver of current temperature change.” In fact, “CO2 is shown to be a positive factor in Earth’s ecosystems, a benefit to the plant (food) kingdom, and thus the animal kingdom, which includes humanity.”

To raise awareness of why “CO2 is green,” Steward maintains PlantsNeedCO2.com, which greets visitors with a photo of sprouting seedlings framed by a blue sky. “Good news,” it announces, “Earth and it’s [sic] inhabitants need more, not less, CO2.” The site explains that “more CO2 means more plant growth” and that a warmer climate—should climate change actually exist—will have a salubrious effect because “more people die each year from cold weather than from hot weather.”

Until recently, PlantsNeedCO2.com was registered to Houston-based Quintana Minerals Corporation, part of a group of oil and gas companies overseen by the family of coal magnate Corbin J. Robertson. In addition to serving on the board of the American Petroleum Institute, Robertson is CEO of Natural Resources Partners, which owns coal mines in the Midwest and Appalachia.

Steward, who did not respond to an interview request, boasts an impressive-sounding CV. He chairs the board of the Institute for the Study of Earth and Man at Southern Methodist University, was chairman of the National Wetlands Coalition, and twice chaired the Audubon Nature Institute. Moreover, he has received the “regional EPA Administrator’s Award for environmental excellence.” But his green cred is questionable. Ten of the eleven corporate sponsors of the Institute for the Study of Earth and Man are energy companies. According to the Environmental Working Group, the National Wetlands Coalition has supported rolling back federal protections that kept Steward’s Louisiana Land and Gas Company—once the nation’s largest private owner of wetlands—from operating in sensitive areas. The Audubon Nature Institute has no relationship to the National Audubon Society; it does, however, operate a golf course in Louisiana. The EPA did not respond to an inquiry about Steward’s “environmental excellence” award.