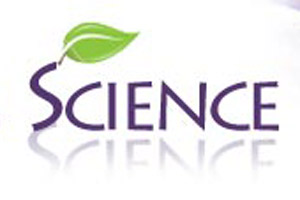 The Idso clan is the von Trapp family of climate change denial. In 1980, paterfamilias Sherwood Idso, a self-described “bio-climatologist,” published a paper in Science concluding that doubling the world’s carbon dioxide concentration wouldn’t change the planet’s temperature all that much. In years that followed, Idso and his colleagues at Arizona State University’s Office of Climatology received more than $1 million in research funding from oil, coal, and utility interests. In 1990, he coauthored a paper funded by a coal mining company, titled “Greenhouse Cooling.”

In 1998, Idso’s son Craig founded the Center for the Study of Carbon Dioxide and Global Change and began publishing CO2 Science, an online digest of climate change skepticism. He subsequently earned his PhD in geography from ASU under the tutelage of climate skeptic Robert Balling, then the director of its climatology program. In the early 2000s, Idso was director of environmental science at Peabody Energy, the world’s largest privately owned coal company. After Peabody laid him off, he began aggressively fundraising for the center, whose budget increased from just north of $30,000 in 2004 to more than $1 million last year. Since 2006, the center has mounted a spirited defense of carbon dioxide using everything from ancient tree-ring data to elementary-school science experiments. “[S]cience tells us that putting more CO2 in the air would actually be good for the planet,” its website says. “Therefore, in invoking the precautionary principle one last time, our advice to policy makers who may be tempted to embrace Kyoto-type programs is simply this: Don’t mess with success!“

Like his dad, Craig Idso has become a preeminent “scientific” climate change naysayer. In lieu of his father, who refuses to travel in airplanes, in June the younger Idso jetted off to the Heartland Institute‘s climate change conference. There he released “Climate Change Reconsidered,” a 20-page report that suggested that Intergovernmental Panel on Climate Change scientists had tweaked their findings in hopes of being invited to conferences involving “hotel accommodations at exotic locations.” More recently, the Idsos have marketed the report as a timely expose of “Climategate Culture.”

In 1998, Keith Idso, vice president of the Center for the Study of Carbon Dioxide and a school teacher, did an experiment with his fifth-grade science class. The lesson, which demonstrates that plants need CO2 to thrive, has been taught in other classrooms across Arizona. Sherwood Idso has praised his son’s experiment for showing that cutting carbon emissions would reduce “the future benefits we could have in terms of agricultural productivity.” In 1999, the speaker of the Arizona House of Representatives appointed Keith Idso to serve on the state’s Advisory Council on Environmental Education.

Sherwood Idso says the coal and oil interests that have supported the Center for the Study of Carbon Dioxide have been backing off. Fundraising is “so poor that I’m not earning anything,” he says. “Everything has to go to my son [Craig] to help him maintain himself and the five kids that he has now, and so we’re just scraping by.” But the center’s 2008 tax filing shows that it entered 2009 with $445,000 in cash on hand. Last year, it paid Sherwood Idso $50,000, Craig Idso $79,000, and Craig Idso’s wife, M. Anne Idso, $52,000. The center also made a $58,000 “scientific research” grant to a group called CO2 Science. Tax records reveal that CO2 Science’s $75,000 budget that year mostly went toward paying Craig Idso a $45,000 salary, bringing his and his wife’s total take from the family business to $182,000.