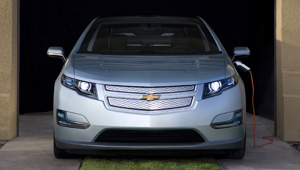 I’m about as far from a gearhead as it gets, but even so, I was excited about the release of the nation’s first two consumer plug-in electric vehicles: the Chevy Volt and the Nissan Leaf. The Volt can go 40 miles on battery power and another 310 thanks to an auxiliary gas engine, which kicked in smoothly as I floored it up a hill during a recent test drive. The Leaf is—even cooler—completely electric, with a range of about 100 miles. In 2011, Ford, Mitsubishi, and Mercedes-Benz plan to introduce their own tailpipe-free models. GE has ordered up thousands for its sales force, and the federal government has set a target for 1 million electric vehicles by 2015. (A good step, even considering the 246 million or so gas vehicles already on the road.) Are we finally ready after years of false starts? Despite widespread public jitters, the experts I polled said yes. Herewith, eight e-car worries not to spin your wheels over.

BANG FOR YOUR VOLT

How gas, hybrid, and plug-in cars stack up.