While many Afghan communities turn to opium poppies and cannabis to scrape out a living, these Panjshiris, who have no viable farmland, try to blast their way out of poverty by extracting emeralds from the mountain rock. Afghanistan is facing the daunting prospect of a large reduction in foreign aid, which now makes up about 90 percent of the country’s revenue. Geological surveys around the country have shown large deposits of valuable minerals, including uranium and lithium. And while Afghanistan is said to be sitting on $1 trillion in mineral wealth, mining firms are reluctant to invest in such an unstable region—and one that could grow even more so in the next two years, as America withdraws most of its troops. So for now, the emerald-rich Panjshir Valley is mined by hand. 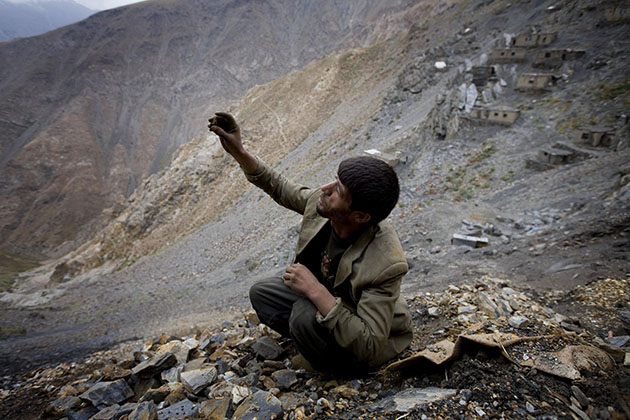 An emerald miner searches for surface gems. He and his fellow minors reside in the mountainside structures visible in the background. 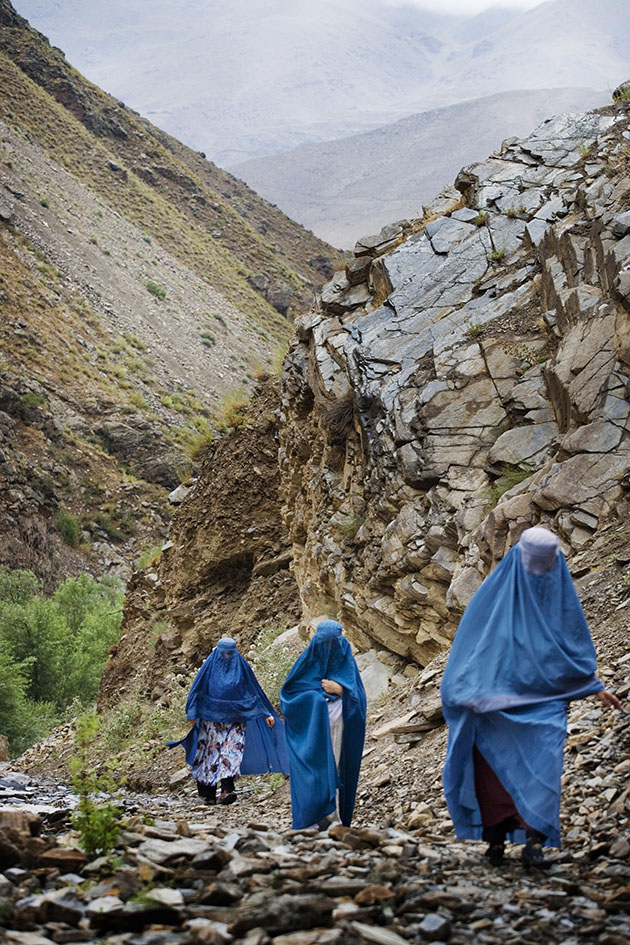 Women walk to a village near the emerald mines, but they are forbidden to visit the mines, which are considered a male bastion. 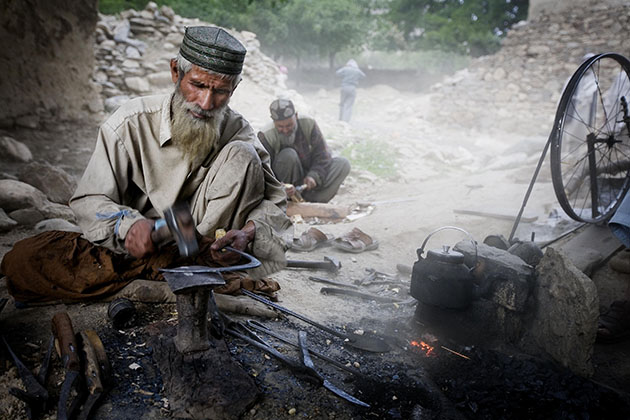 A blacksmith uses an old bicycle to power his bellows as he crafts mining tools. 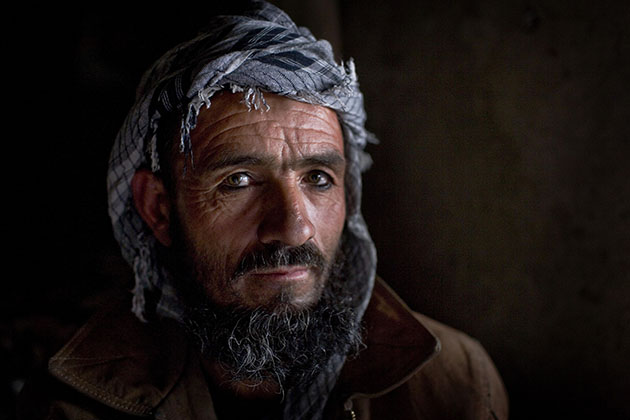 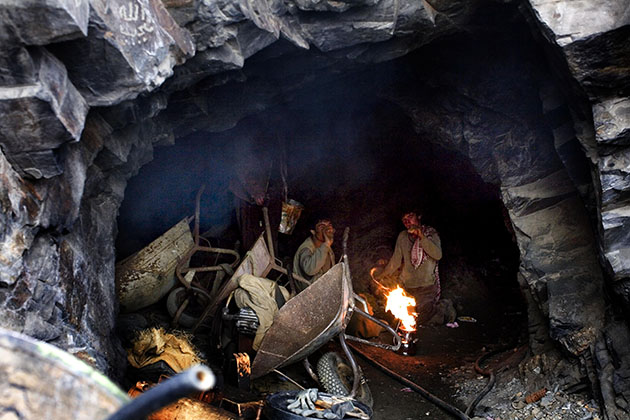 Miners prepare for a detonation. 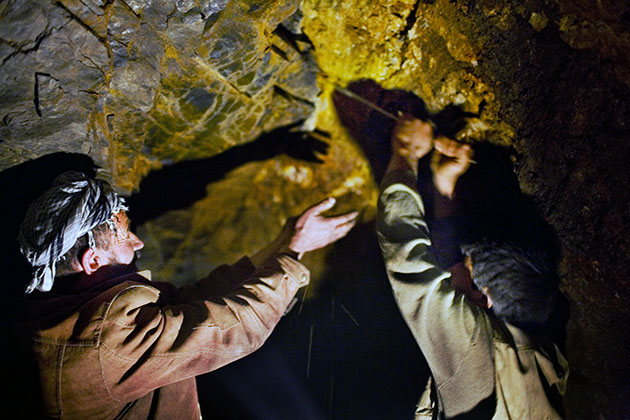 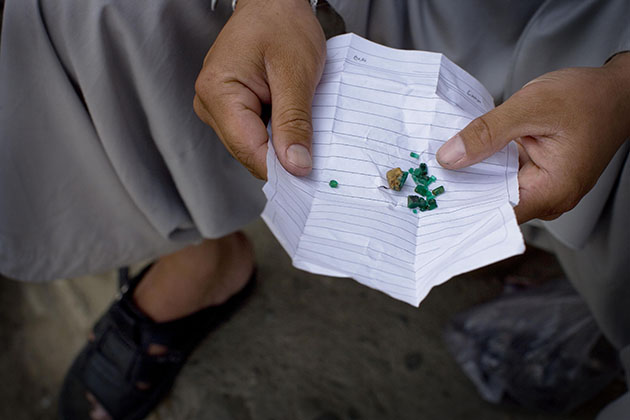 Raw emeralds about to be sold to a dealer. Afghan officials fear proceeds are being used to fund the Taliban. 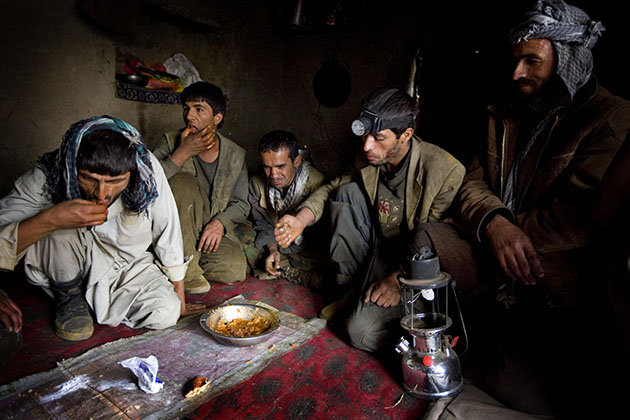 Men feast on beans and bread after spending hours in the emerald tunnels of the Panjshiri mountains. 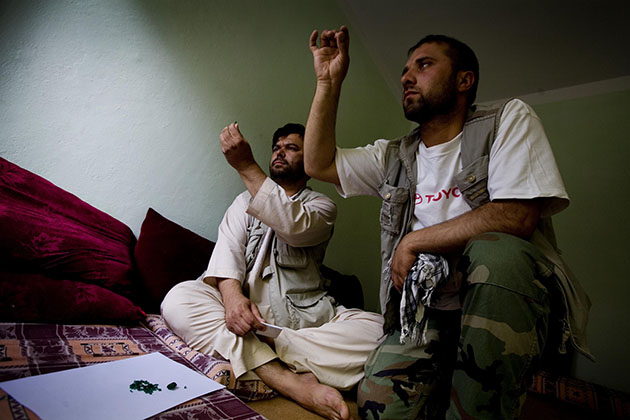 An emerald dealer who buys directly from the miners examines newly acquired stones. The World Bank is working with the government to legitimize the trade, but a resurgent Taliban has made things tricky. 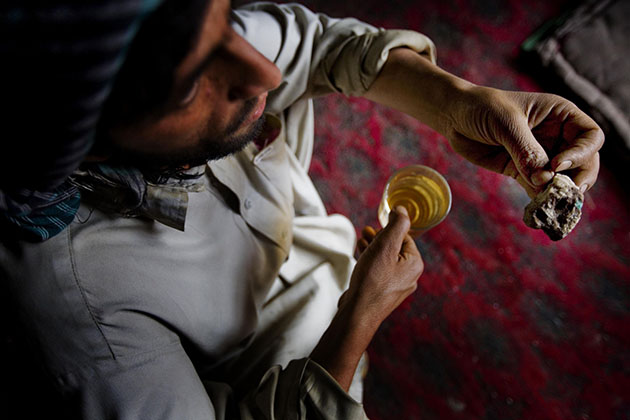 An emerald miner drinks green tea while admiring an emerald he has just found. 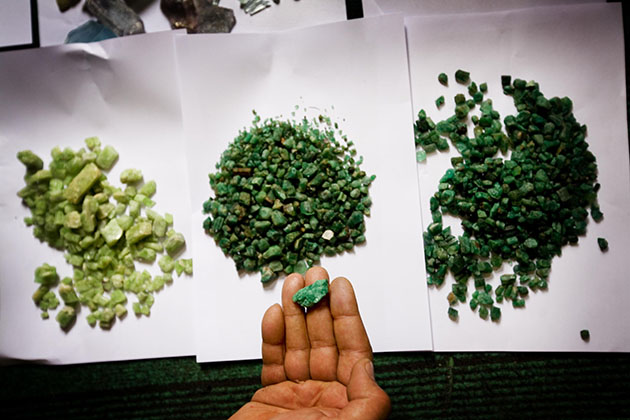 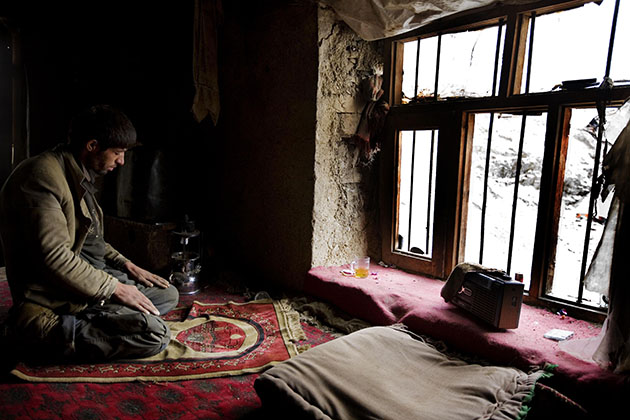 A miner takes a break from his work to pray. 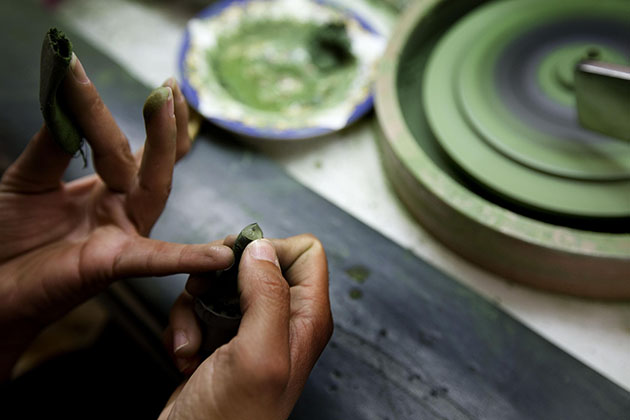 A girl learns how to cut a gemstone at the Turquoise Mountain Project, which educates students in the art of jewelry making, gem cutting, and other local crafts. 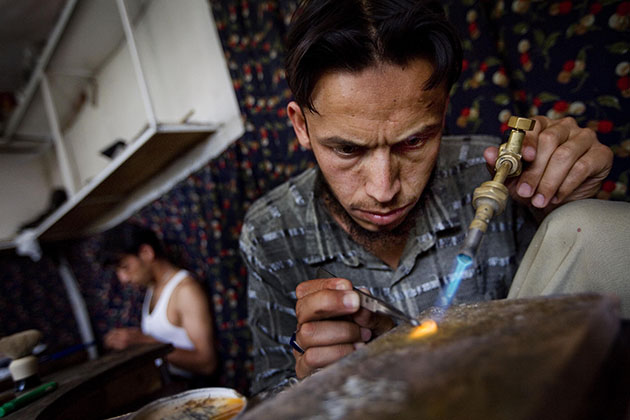 Workers craft jewelry in the workshop of Javed Noori. 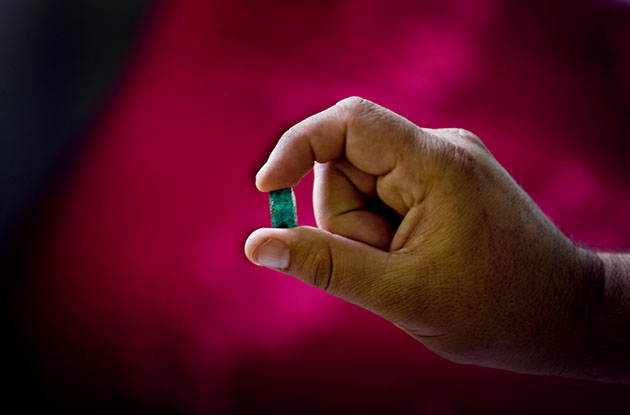 An emerald dealer holds up a valuable stone he has just purchased from miners. The deeper the color and clarity, the more an emerald is worth.