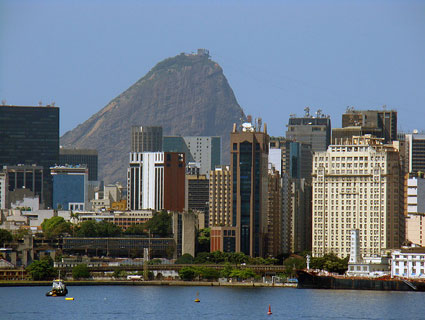 
This story first appeared on the Guardian website and is reproduced here as part of the Climate Desk collaboration.

The Rio+ 20 Earth summit could collapse after countries failed to agree on acceptable language just two weeks before 120 world leaders arrive at the biggest environmental summit ever organised, WWF warned on Wednesday.

An extra week given over to the UN’s preparatory negotiations in New York fell into disarray over the weekend as talks aimed to bring countries together to set a new path for sustainable development splintered into 19 separate dialogues with major internal disagreements on the processes to be followed.

“We are facing two likely scenarios—an agreement so weak it is meaningless, or complete collapse. Neither of these options would give the world what it needs. Country positions are still too entrenched and too far apart to provide a meaningful draft agreement for approval by an expected 120 heads of state,” said WWF director general Jim Leape.

Countries are not being asked by the UN to legally commit themselves to anything, but only to sign up to an aspirational “roadmap” contained in a document called “the future we want” and to a commitment to the so-called ‘green economy’ of jobs generated from industries such as renewable energy and energy efficiency. It is hoped that they will also agree to introduce by 2015 a set of sustainable development goals (SDGs) similar in ambition to the millennium development goals which covered areas like HIV reduction and clean water provision. The SDGs could cover areas such as energy, water and food.

However, in a repeat of battles played out in global climate and trade talks, they have fought bitterly over every comma and phrase in the prepartory meetings and in particular are still deeply divided over the definition and scope of the phrase “green economy.” They are now expected to take several years to identify, formulate and agree on the goals.

According to both WWF and Malaysia-based NGO Third World Network, the most recent draft text put forward in New York was a “significant weakening” of previous drafts, particularly in the areas of valuing natural wealth and ocean protection.

The best that is now likely to come from Rio is a process aimed to achieve agreement over many years, and a series of eye-catching initiatives proposed by individual countries, UN bodies and large businesses often working together. These include actions to make transport more sustainable, reduce hunger, improve the health of oceans, and to provide electricity for everyone in the world.

Definition of the concept and principles guiding the “green economy” have proved the hardest to reach because what is decided at Rio could favour or limit the development of some countries. The EU and other rich countries want all countries to agree to remodel their economies to manage resources more efficiently, develop renewable and low carbon energy, and reduce pollution.

But G77 countries have argued that while the goal is acceptable, they risk being at a competitive disadvantage in the race for future global markets and are suspicious that the green economy is a pretense for rich countries to erect “green” trade barriers on developing country exports.

They further argue that if they are to sign up for the “green economy,” there should be commitments by rich countries to new finance and technology transfer agreements—something so far unacceptable to the US and EU.

Many environment and development NGOs are also fearful of the green economy proposals, which they believe will encourage countries to put monetary value on all nature, reducing forest and ocean protection to markets and profits and undermining principles of ecological justice and collective well-being.

“Instead of putting a price on nature we must recognise that nature is not a thing or mere supplier of resources. What we need is to forge a new system of development based on the principles of collective well-being, social and environmental justice, and the satisfaction of the basic necessities of all,” said Pablo Solon, former Bolivian ambassador to the UN and now director of Bangkok-based NGO Focus on the Global South.

“We cannot keep promoting such destructive model of development that does not acknowledge the planetary limits of economic growth,” he said.

Divisions between the countries are now thought to be as deep as any seen in the long-running and separate climate negotiations. Many developing countries are said to be distraught that the US is consistently trying to bury the principles guiding sustainable development agreed to after fierce struggles at the Rio earth summit in 1992 and its follow-up meeting in Johannesburg in 2002.

“We are in real danger of going backwards. [The US] wants to reject principles including national sovereignty, the right to development, common but differentiated responsibilities, and the obligation not to cause environmental harm,” said one observer.

Despite the differences, UN leaders remained upbeat. “I sense a real dialogue—a real willingness to find common ground,” said Rio+20 Secretary-General Sha Zukang. “This spirit is encouraging, and we must carry it to Rio.”

Kim Sook, ambassador of the Republic of Korea and co-chair of the preparatory committee said that before the negotiations, only 6 percent of the text had been agreed upon. Now, that number has jumped to more than 20 percent, with many additional paragraphs “close to agreement.”