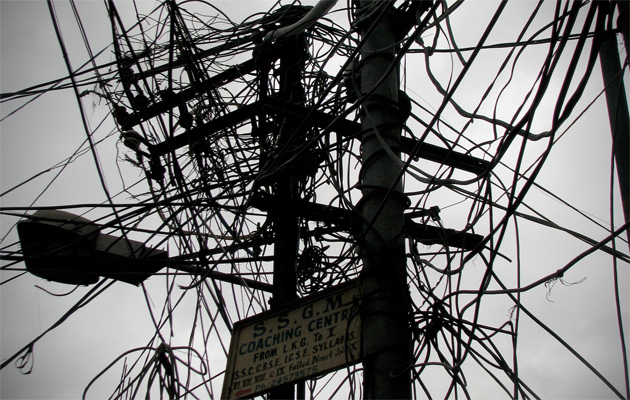 On Tuesday, Rishabh Agarwal, a 25-year-old freelance photographer, rushed to meet clients in New Delhi, at the heart of one of the busiest and most crowded metropolitan areas on Earth. His timing couldn’t have been worse: the biggest blackout in history, two consecutive days of grid collapse that left almost half of India’s population without power.

Agarwal‘s first problem: no transport. “Delhi Metro, which is heart and soul of the city, also failed,” Agarwal said by email. So he took his car. Mistake. Traffic lights were out; buses were unable to absorb the sudden surge of commuters. The weather was nice, so Agarwal and other locals assumed this was a normal New Delhi blackout, the sort that happens across the summer. Then he checked the news.

“All the news channels, online resources and twitter were filled with rage tweets and blackout news,” he said. Offices without backup power closed early, and waited. “As always, people are blaming the government right now for all this,” he said. “The news channels and media are questioning all the ministers in power. But as always, there are ‘We are looking into it’ statements coming out.” A tangled mess of infrastructure, and federal-state mismangament were the key culprits, as well as climate change-induced droughts, as my colleague Tom Philpott points out.

But the blackout has also provided Indians an opportunity to press the government for more renewable energy in the grid, which analysts say will help stabalize the nation’s energy supply. “I think India has to start discussing its energy future, simply because we are relying too much on coal-based power plants,” said Chandra Bhushan, deputy director general of the Centre for Science and Environment in New Delhi, via Skype. “We have a huge potential to leapfrog.”

When India’s cities black out, the poor suffer most.

Forty per cent of India’s population is not connected to the grid. Bhusan argues the blackout provides a symbolic moment to force a debate about renewables. “Either we provide that 40 percent through coal, or we provide that 40 percent through renewable energy,” he said. Currently, according to the Centre for Science and Environment, 80 percent of India’s power comes from thermal power plants (coal, lignite and gas). Another 3 percent is from nuclear power plants, and hydropower plants produces about 12-13 percent; just 2-3 percent is renewable, mainly wind and solar.

While the failings in this case appear to be with government oversight of the complicated electrical system, renewable sources may help prop up an ailing, fractured system, argues Bhusan.

When India’s cities black out, the poor suffer most. “Power is an issue here in India, so people and business have back-up systems in place. But the poor, unfortunately have to bear it out,” wrote Raghav Chopra, editor of Daily Bhaskar, a news portal for India’s largest newspaper group.

Chandra Bhuson says that given the “extreme pressure on the government’s budget” immediate action on switching to alternative energy is unlikely; he called the cost to implement renewables “humungous.” But now is the time for the conversation, he said. “Energy efficiency is becoming a big story.”