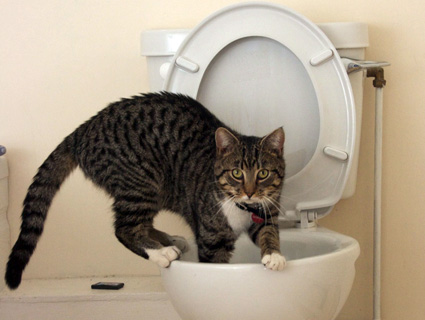 It’s Monday morning—always a terrific time to think about fecal transplants. (Feel free to finish your breakfast first.) Playful references to this kind of poop therapy keep popping up in the news, as in the headlines two weeks ago about a young woman from Marietta, Georgia, whose fecal treatment cured a raging bacterial infection.

Fecal transplantation isn’t a new idea; the first reported case of someone receiving the treatment was in 1958. Undoubtedly, the “ick” factor has limited its appeal. But given the emerging evidence of effectiveness in some hard-to-treat cases, doctors and patients are taking much more notice. So here are some things you might want to know.

First, is a ‘fecal transplant’ what it sounds like?

Yes, pretty much. In the treatment (also called fecal microbiota therapy or fecal bacteriotherapy), a small amount of human waste is inserted into the patient’s gut, or gastrointestinal system, via colonoscopy, enema, or nasogastric tube. Some doctors obtain the “medicine” from the patient’s spouse, child, or friend; others find it preferable to work with anonymous donors. While most prepare a liquid solution, frozen feces have also been used successfully; so far no one has standardized the treatment protocol.

Of course, it’s not the fecal matter per se that’s of interest, but the fact that it’s swarming with microbes. (Donors are screened for the presence of any infectious diseases that could be transmitted through their feces.) The goal is to restore the natural balance of organisms in the gastrointestinal tract. Any number of factors and conditions can knock this balance out of whack, including many antibiotics that are used to fight infections. The drugs kill the pathogens but they also wipe out the beneficial bacteria that live in the gut; the fecal transplant allows these helpful microbes to recolonize the digestive organs.

Interest in fecal transplantation has grown as research into the human microbiome—the bacteria, viruses, fungi, and other microbes that live in us and on us—has exploded. Our microbiomes harbor an estimated 100 trillion organisms—10 times the total number of cells in our bodies. Researchers are only beginning to understand the microbiome’s diversity and its complex role in promoting health and warding off sickness.

The human gut is the microbe high-density zone. This gut biome appears to play a major role in many biological functions, among them strengthening our immune system, maintaining healthy cholesterol and weight profiles, and preventing allergies and auto-immune diseases. Just last month, researchers reported that people with diabetes have a distinct gut bacterial profile.  Some evidence even suggests possible links with autism.

So does fecal transplantation work?

Yes, at least in the case of a nasty strain of bacteria called Clostridium difficile. This pathogen causes pernicious infections that lead to severe diarrhea, inflammation of the colon, and death. Twenty or thirty years ago, C. difficile infections occurred mostly in older hospitalized patients being treated with antibiotics. In the past decade, the infections have become much more common, virulent and antibiotic-resistant. These more aggressive bacterial strains can also attack young, healthy individuals.

“Finally, I referred her to a gastroenterologist for a fecal transplant from her mom. It was miraculous! She’s fine now.”

Many of the hundreds of thousands a year who suffer from C. difficile infection experience multiple relapses and undergo several bouts of heavy antibiotic treatment. The illness kills an estimated 14,000 people in the US annually, according to the Centers for Disease Control. Because of the severity of the infections, doctors in recent years have increasingly turned to the little-known fecal transplant alternative in apparently untreatable cases.

Dr. John Swartzberg, an infectious disease specialist at UC Berkeley’s School of Public Health, recalls one patient, a Berkeley graduate student, who suffered six C. difficile relapses within a year, three of them requiring hospitalizations. “None of the standard treatments worked,” he says. “Finally, I referred her to a gastroenterologist for a fecal transplant from her mom. It was miraculous! She’s fine now.”

In fact, studies of patients treated with fecal transplants for persistent C. difficile infections have reported cure rates of around 90 percent—a remarkable record. The treatment is believed to work by re-introducing a healthy gut biome that outcompetes and replaces the drug-resistant C. difficile organisms. To date, no one has reported findings from a randomized controlled trial, the epidemiologic gold standard and a necessary piece of evidence for formal approval from the US Food and Drug Administration, though a grant for such a study was awarded to a researcher at the Women’s Medicine Collaborative in Providence, Rhode Island back in August.

Are fecal transplants being used to treat conditions besides C. difficile?

Fecal transplantation is still in its infancy, even for C. difficile patients. Some doctors have used it successfully to treat ulcerative colitis, a serious form of inflammatory bowel disease, although the evidence for its effectiveness is more limited. But the interest in this area of research is booming, so scientists will be investigating the use of fecal transplants for a host of conditions and ailments, including obesity, allergies, and auto-immune diseases as well as bowel conditions. “We’re just starting to understand the microbiome—both the role it plays in disease as well as how to manipulate it,” says Dr. Swartzberg.

Can’t I just eat yogurt instead?

Yogurt, like other fermented foods, naturally includes several bacterial species believed to be beneficial; supplements sold as “probiotics” often contain these same microbes. Some of these species have proven effective for some forms of diarrhea, although not for C. difficile. But some yogurt brands, like Activia, have also been zinged for making false and excessive health promotion claims. (Shame on you, Jamie Lee Curtis!)

In principle, eating yogurt provides a solid infusion of beneficial bacteria, just like getting a fecal transplant. The difference is that the transplant essentially replicates the gut biome in its entirety, providing many hundreds of bacterial species rather than just the handful present in yogurt. Although scientists don’t know the function of all of those microbes, the diversity of species could be why the treatment has proven so successful with the persistent C. difficile infections.