We’re told that breakfast is the most important meal of the day. For many of us, it’s also the most rushed. Convenience foods like frozen waffles, toaster pastries, and cereal are quick, comforting, and often nostalgic. (I will always associate Lucky Charms with Girl Scout camping trips.) But how healthy are they? We decided to find out:

For each category, we tried to choose at least one product whose packaging suggested it was a healthy alternative to traditional breakfast convenience foods. The comparisons were sometimes surprising. For example: Eggo’s “nutrigrain” waffle had more sugar than its buttermilk version. Nutritionally speaking, the Nature’s Path Wildberry Acai toaster pastry was almost identical to the S’mores Pop Tart—the only differences were that the Wildberry Acai pastry contained slightly more calories and saturated fat, and only one gram less sugar, than the S’mores version.

Here’s a comparison of the nutritional labels of each product by category: 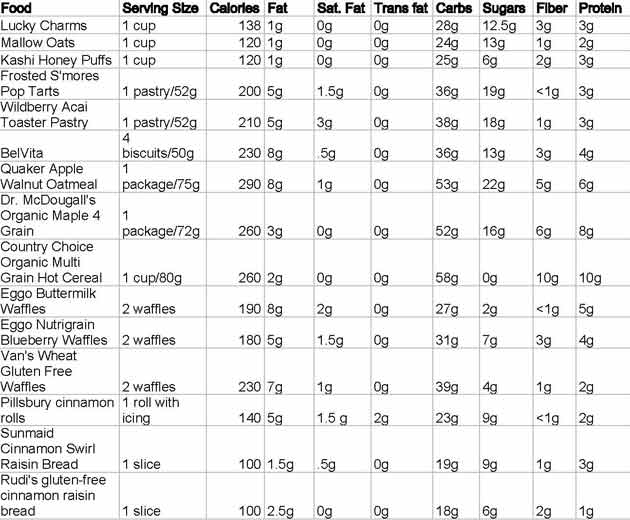