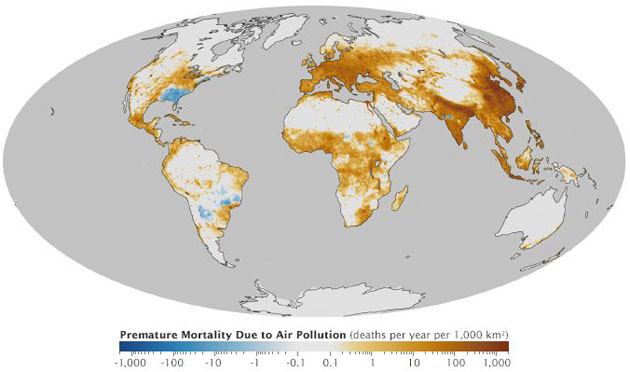 Where on earth are you most likely to die early from air pollution? NASA provides the answer with this mortally serious view of the planet, and it is: lots of places.

Like tar stains on a healthy lung, the sickly yellow and brown areas in this visualization represent regions with significant numbers of pollutant-influenced deaths. Heavily urbanized places in eastern China, India, Indonesia, and Europe are stippled by the darkest colors of snuff, meaning they experience rates of ruination as high as 1,000 deaths per square kilometer each year.

In good news, areas painted in blue show where humanity has managed to lower its output of choking smog since the 1850s. These safer havens include spots in the middle of South America and the southeastern United States, where the amount of agricultural burning has decreased since the mid-19th century.

This representation of our befouled atmosphere is based on the work of Jason West, an earth scientist at the University of North Carolina who’s investigating the health effects of bad air. According to computer models that West and his team constructed, an incredible 2.1 million deaths a year can be attributed to one type of pollution alone—fine particulate matter, or PM2.5, which are teensy specks that fly out of car-exhaust pipes, industrial smokestacks and other things. (They’re also what the NASA map is referencing.)

The medical community has linked breathing PM2.5 with afflictions from asthma to lung disease to heart attacks. It’s obviously bad to be in the middle of a toxic particle cloud caused by some intense human activity, as Singaporeans were this summer thanks to land-clearing fires set by their neighbors in Sumatra. But that’s not the only way that PM2.5 can getcha, says NASA:

In most cases, the most toxic pollution lingers for a few days or even weeks, bringing increases in respiratory and cardiac health problems at hospitals. Eventually the weather breaks, the air clears, and memories of foul air begin to fade. But that’s not to say that the health risks disappear as well. Even slightly elevated levels of air pollution can have a significant effect on human health. Over long periods and on a global scale, such impacts can add up.

Nowhere is that more obvious than in China and northern India, where dense bands of premature deaths pop out. You can practically hear the wheezing from space: 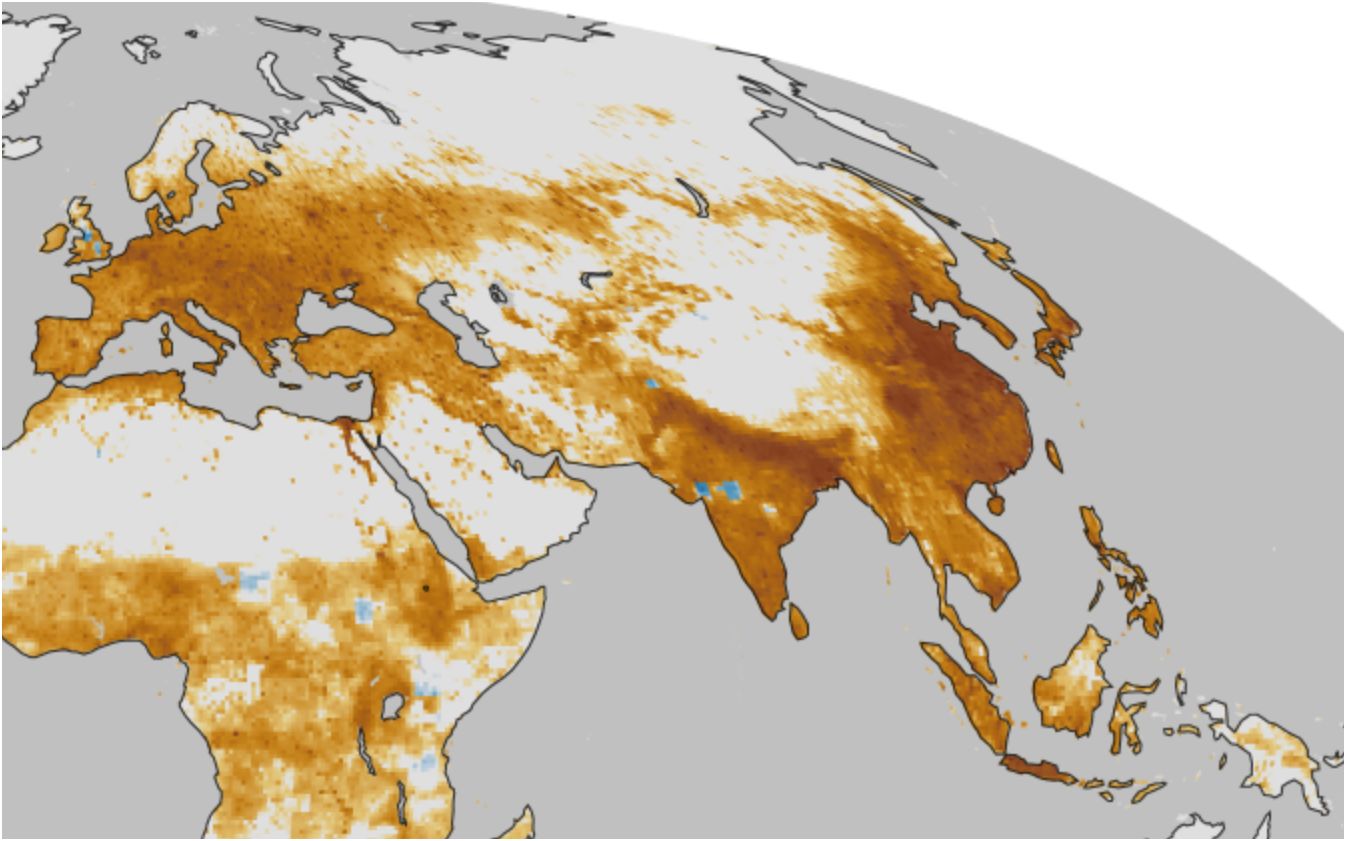